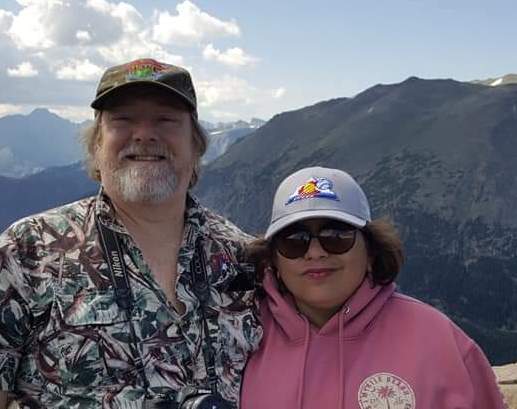 I’ve been thinking about electric vehicles a lot lately.

My wife and I take pleasure trips every year—sometimes three- or four-day getaways, sometimes week-long vacations, sometimes longer journeys. Many of these trips are taken by car. I have been asking myself, would we benefit from an electric car?

There are some reasons to doubt it. EVs make up less than 2 percent of the cars sold in the United States each year despite nearly two decades of government support and promotion.

They are generally more expensive than comparable passenger vehicles. They also have limited range, are typically smaller (and thus less able to accommodate more than a couple of people comfortably), can’t be used to haul boats or trailers, and are more difficult to fuel up, or in this case, charge, than gasoline-powered vehicles.

EVs have been known to burst into flames spontaneously, which prompted a massive GM recall recently. It’s one thing for a vehicle to catch fire in an accident; it’s another thing entirely for one’s car to combust while stuck in traffic or while charging in the garage, when not in use. Cars burning down houses is not a selling point.

However, as part of the effort to fight climate change, the Biden administration is promoting EVs. The government is subsidizing the purchase of relatively expensive electric vehicles (EVs) with tax credits. Moreover, 90 percent of the billions of dollars in federal EV tax credits have gone to the highest 20 percent of income earners. Talk about environmental injustice! The EV tax credit is one of the worst examples of welfare for the well-to-do one can imagine.

Is Biden’s goal practical, by which I mean, can electric vehicles really serve average people well? Here’s my analysis.

I work from home and rarely drive during the week. When I do so, most trips are local. My wife, a nanny, commutes to work every day, but it’s not far—less than 20 miles. Even with taking the child she cares for to the park, music lessons, play dates, and the gym, and shopping or errands on the way home, her daily travel is well within the range of most electric vehicles.

Weekend Trips in an EV?

But weekends are a different story. My wife and I regularly travel out of town for day trips on weekends, frequently putting more than 300 miles on one or the other of our cars. We head to state or national parks, or visit a historic downtown on a lark, or go to a wedding or baby shower out of town, as we did recently. Then there are our vacations. We usually take two week-long trips and two to three shorter, three- or four-day trips each year. Many of these trips are by car.

Pod Point, a U.K.-based promoter of charging stations, lists all the EVs available for sale. It also shows their range per charge under optimal conditions, and how long it takes to charge them depending on the voltage of the available charging station.

It doesn’t paint a pretty picture for those who like to travel.

From my home in a suburb of Dallas, even a short trip to Houston is beyond the range of most electric vehicles. This is a common trip and well within the range of my large SUV and my wife’s smaller station wagon on less than a tank of gas. I can make it to Houston in about four hours without stopping for gas, and to Austin, another common trip, in three and a half hours in normal traffic. A more fuel-efficient vehicle than the ones we drive, such as a Toyota Camry, can make it from our home to Houston or Austin and back again without even stopping for gas.

No electric vehicle currently in production can make the same claim about range between “fill-ups.”

Pod Point lists 75 all-electric vehicle models currently for sale, only 20 of which, under optimal conditions, will get me to Houston without stopping for a charge. (Optimal conditions include no traffic tie-ups, no extreme cold or hot temperatures, no detours, etc.) The EVs that can make this trip or a similar one to Austin are among the most expensive on a list of costly vehicles. More typical electric vehicles have to be charged just to make it to Houston or Austin. The charging time ranges from 19 hours to 31 hours on the charging stations most commonly found in homes or increasingly at shopping centers. This means a three-day getaway to Houston or Austin is impossible: We would be driving or charging the whole time.

The most powerful and expensive, but currently least available, charging stations are so-called rapid charge stations. They can provide EVs a 20 to 80 percent charge in 30 minutes to an hour. I never take 30 minutes to an hour to fill up my gas tank, of course. Even if Biden and company build thousands of these stations along the nation’s roads and highways, and they are all quick charge stations, the roads will be snarled by gridlock, not from traffic but from backups at the charging stations! There simply won’t be enough room on the roads and in parking areas for all the EVs needing a charge. It will make the gas lines during the 1970s Arab oil embargo look like paradise by comparison.

Our Trip to South Dakota

Last year, my wife and I took a week-long trip with my dad to Lead, South Dakota. Three adults, all their luggage, and a cooler for drinks and snacks fit comfortably in my SUV. I could have taken my dog in its kennel with ease as well. Kennel or not, no current EV could have transported us as comfortably as my SUV. We traveled 1,111 miles in 17 hours, with three stops for gas, a restroom break (during which I topped off the tank), and a stop for a meal. None of the gas stops took more than 10 minutes, and three of the four took less than five, being swipe-and-go at the pump.

For the majority of EVs, we would have had to stop six or seven times. Even the longest-range EV would have required four stops on the trip between Dallas and Lead. In reality, because the rapid charging stations add only a 20 to 80 percent charge for a 30-minute to one-hour charge, we would have had to make additional stops and would have lost further valuable vacation time.

Before you applaud government efforts to force people to buy EVs, think about how you like to travel. Think about how this government-induced transformation of the world will steal time from you. The hidden costs of EVS are high, and they will only grow as government pushes more people into using them.

Photograph is of Sterling Burnett and his wife, Maria, on a recent trip to Rocky Mountain National Park.

1 thought on “Do I Want an Electrical Vehicle? My Personal Assessment”