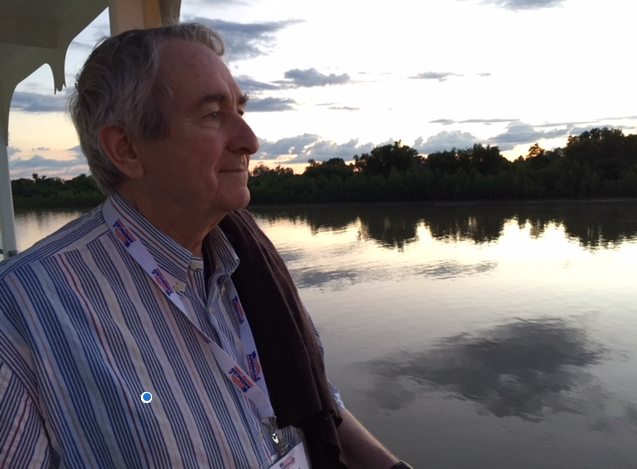 “Rick was one of the first professors I met at Montana State University. Generous with his time and counsel, he greatly influenced my career.   And it was a treat to teach with Rick.  Here is the beginning of a fifty-year friendship with a fine scholar.

“I met Rick in 1969 while teaching economic anthropology at Indiana University in Bloomington Indiana. Mine was a visiting appointment because IU awarded my PhD.  Thus, I needed a new university position.  Rick helped me accomplish that goal at MSU.

“Rick’s dissertation topic at the University of Washington was the effect of air pollution on environmental quality. Mine was the economics of the Hutterites. They are a Christian communist society whose founders came to America from Central Europe in 1870.  A century later, they had grown to 120 colonies with a dozen in my favorite state, Montana.

“Given Rick’s strong free market philosophy, he became intrigued with the Hutterite saga of success.  How could a communist society possibly work? Rick found that a fine political economy question.”