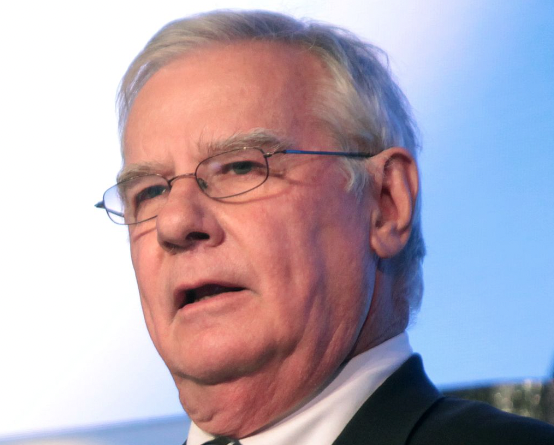 Patrick Michaels, scholar, honest commentator on climate change, and a guy with an outstanding sense of humor, died July 16. He was a climate realist, sometimes calling himself a “lukewarmer” —indicating that he recognized the presence of global warming but that it was not an existential threat. Here are recent tributes:

From the Competitive Enterprise Institute:

“Author or coauthor of nine books, Pat’s work was published in leading scientific journals including Nature, Science, and Geophysical Research Letters as well as in more popular outlets such as the Washington Post, Los Angeles Times, and USA Today.  He explained complex scientific research for audiences of the BBC and PBS.

“Pat was a straight shooter with a zeal and mastery of the policy details that we all strive to emulate.  He was quick to share a mischievous sense of humor.  His passing leaves a hole in our hearts and we extend our deepest condolences to his wife Rachel, his family, friends, as well as a global network of colleagues and collaborators.”

“I always admired Pat’s energy, the fact that he often wore red gym shoes with the suits and ties in which he spoke brilliantly for conferences, his pointed yet friendly sense of humor when he exposed silly thought on the part of those with whom he disagreed. He was a model of scientific integrity.

“He worked energetically on behalf of climate realism, completing and submitting a review of the United States Global Change Research Program’s latest report the day before he died, and then participating in a planning meeting with the CO2 Coalition.”

“I worked on several projects with Pat, and I was always impressed with his depth of knowledge, quick wit, and character. For example, he often wore green tennis shoes to climate conferences because he said the oddity would engage people in conversations he might not have had otherwise.

“He once said to me that his only regret was hiring/promoting Michael Mann while he was at the University of Virginia.”

“But with his combination of academic bona fides, his state title and his flair in the boxing ring of policy debate — he described former vice president Al Gore, a leading climate change activist, as a “scientist wannabe” and denounced the “self-selected community of climate boffins” and “keepers of the environmental-gloom paradigm” — Dr. Michaels proved an often effective champion of his cause.”

“He was one of the leading lights among researchers in pursuit of the truth about climate change. As importantly, Pat was among the best and most engaging communicators of the present state of climate science and why climate doomsaying is not just unwarranted but misleading.”

Needless to say,  advocates of apocalyptic climate change managed to be negative in acknowledging his death.  Yet Environment and Energy News dubbed him “one of the most influential climate deniers in American history.” A dishonest moniker, but a sign of grudging respect.

Image of Patrick Michaels was taken in 2016 by Gage Skidmore and licensed under Creative Commons.