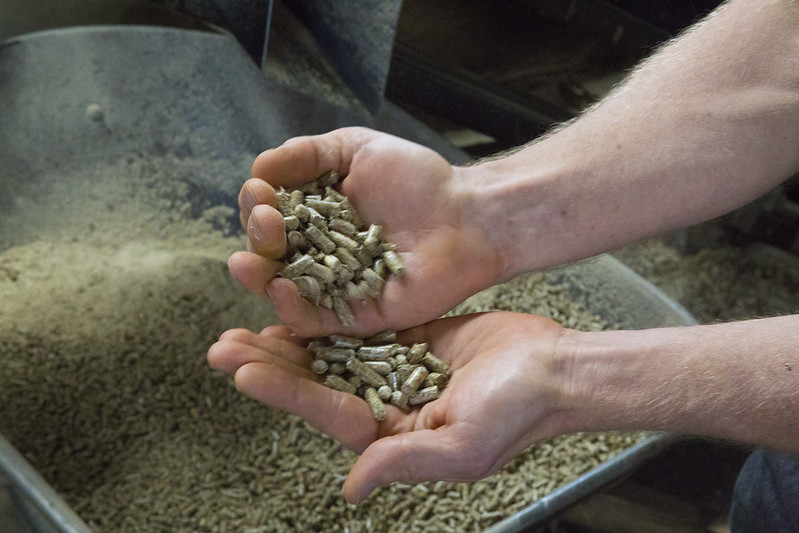 The European Union is considering removing a rule that—in the effort to meet international carbon-reduction goals—has been defining wood pellets as “carbon-free” fuels.

That special elevation of wood pellets has made their production a thriving industry in the United States, which exports substantial amounts of wood pellets to England and other parts of Europe. However, it is no secret that when burned, wood pellets emit more carbon dioxide than coal does. The fig-leaf under which they are  called “carbon-free” is the fact that new trees can be planted—and trees sequester carbon.

Greg Rehmke reports on the wood pellet contradictions in materials he prepared for high school debate students this year. (Nationwide, high school students are debating whether the U.S. should reform its policies toward Europe.)

The United Kingdom and Netherlands (and some other countries in Europe) subsidize the use of wood pellets, although one proposal under consideration in Europe is stopping  the subsidies. Meanwhile, writes Rehmke:

“Among the problems: the whole industry is artificial, a child of subsidies and carbon offset policies in the U.S. and Europe. Consider too the opportunity costs. All these trees harvested for wood pellets, what else can be made from trees? Lumber for houses maybe? (Though the wood pellet industry claim they: “use tree tops, underbrush, and smaller branches from each tree, material that is often discarded by other wood-based industries such as lumber or paper production.”)

He links to “How ‘Green’ Are Wood Pellets as a Fuel Source?” (Wired, November 18, 2021), which makes clear that the wood pellet industry is benefiting not only from its European definition as carbon-free but also from U. S. subsidies:

“In Washington, provisions to boost the wood pellet industry were included in the massive $1.2 trillion infrastructure bill signed Monday [Nov. 15, 2021] by President Joe Biden . . . . On November 4, a group of 100 forest ecologists, climate scientists, and ecosystem experts . . . signed an open letter to Biden and Congress urging them to remove these provisions in both pieces of legislation.” (They didn’t.)

The image of wood pellets comes from the Intermountain Region of the U. S. Forest Service and is in the public domain.