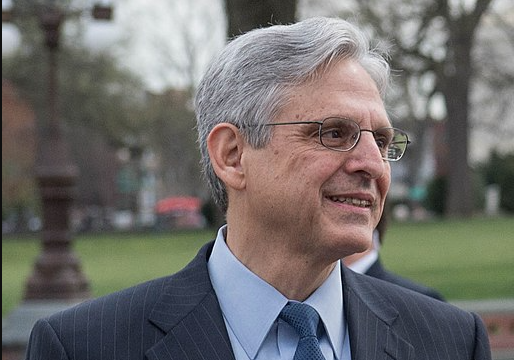 On October. 14, climate change protesters calling themselves “Build Back Fossil Free” successfully broke into the Interior Department building in Washington, D.C. Fifty-five people were arrested, one security officer  went to the hospital, and there were “multiple injuries,” according to an Interior Department spokesman. But Attorney General Merrick Garland, who spoke at a House Judiciary Committee hearing today (Oct. 21), said he was unaware of the break-in.

The break-in was part of a five-day protest by more than 100 people but it appears to have received little coverage. The Washington Post reported on it in the paper’s  “local” section (“DC, Md., and Va.”) that day. The New York Times does not appear to have covered it at all. Nor does the Interior Department visibly display its statement on its website.

Given the attention to the Capitol break-in on January 6 and the Justice Department’s directive urging the FBI to help local police protect school boards from protesting parents, Garland’s ignorance seems inappropriate at the very least.

The protesters, who include indigenous people, want to see a stop to fossil fuel drilling. Their protest emphasized halting a  pipeline expansion between Canada and Wisconsin but they also called on President Biden to declare a climate emergency. On Thursday, the group’s specific goal was to reach Interior secretary Deb Haaland’s office, but she was out of town.

“Police and climate activists clashed Thursday during protests at the Interior Department, with security personnel sustaining “multiple injuries” and one officer being taken to a hospital, agency spokeswoman Melissa Schwartz said.

“Climate demonstrators were attempting to occupy the Interior Department, with dozens entering the Stewart Lee Udall Main Interior Building on C Street NW. Those who remained outside clashed with police as they tried to keep the one unlocked door open. At times, protesters attempted to push past the police line.”
Image of Attorney General Garland by Senate Democrats. Licensed  by CC BY 2.0,