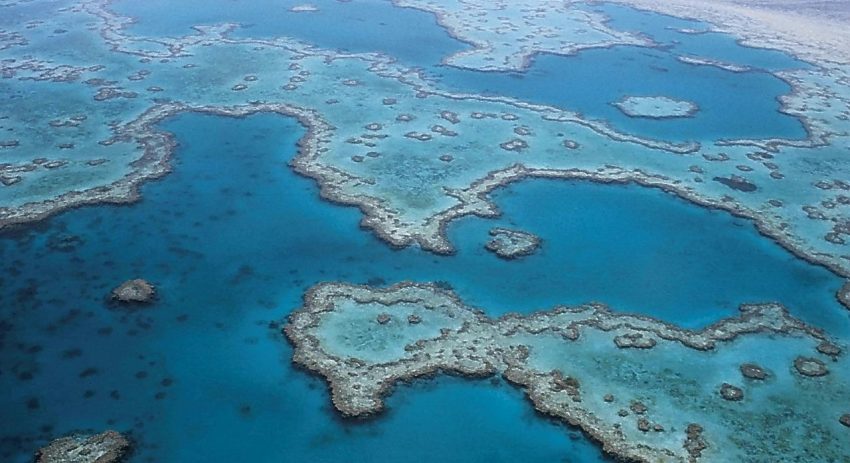 (This file has been updated.) Peter Ridd, who examined current data about Australia’s Great Coral Reef, demolishes fears that the reef is sick or dying. He asks why the Australian Institute of Marine Science (AIMS) is obscuring that fact by failing to aggregate the data.

However, perhaps recognizing that Ridd (a controversial  figure) was studying the reef, AIMS has just announced that two-thirds of the reef has the most coral cover it has since recording began in 1986, Reuters reports.

In a paper published by the Global Warming Policy Forum, the Australian physicist says that the coral reef covers 33.9 percent of the ocean floor. This is the highest figure since record-keeping started in 1986. Ridd explains:

“It is often assumed that coral cover should be 100% on a healthy coral reef. However, a reef is made of many different ecosystems. . . . Coral cover on an individual reef can drop to just a few percent after a major mortality event. It fluctuates naturally with time.”

Cover can be reduced by cyclones and” bleaching events”—these can be caused by too hot or too cool temperatures, pollution, or even infestation by a mass of starfish.

What’s puzzling is the failure of AIMS to report an overall figure (that is, to aggregate its data for separate sections of the reef)  since 2017. At that time, the percentage of cover had fallen to 11  percent.

“AIMS has effectively hidden the very good news about the reef between 2016 and 2022 by not publishing the GBR average data since 2017. It is very unusual for all three major regions, and almost every sector, to be well above average at any moment in time.”

“The three or four bleaching events since 2016, which have been widely reported in the media, could not have killed much coral, otherwise the 2022 statistics would not be so good. . . . The media makes much of occasional setbacks to coral cover, but a measure of the health of an ecosystem is the ability to recover from a major stress. Frail systems will not recover, robust systems recover well, just as healthy people recover quickly from disease.”

Image of Australia’s Great Coral Reef is by Frauke Feind on Pixabay.