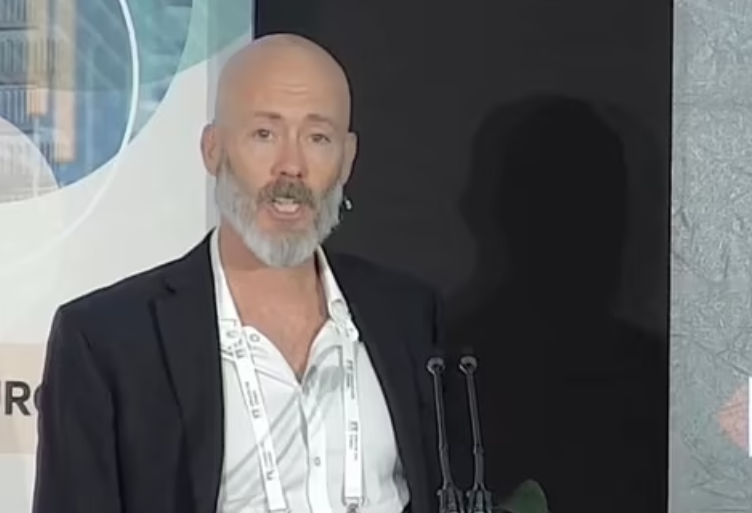 “Climate change is not a financial risk that we should worry about,” said Stuart Kirk, a responsible-investing executive of HBSC, one of the world’s largest banking and investment houses last week. He spoke at the “Moral Money” conference in London sponsored by the Financial Times. According to British sources, he was suspended from his job once his remarks went viral.

The lively, irreverent, and outspoken comments can be heard on this YouTubevideo (unless they are removed). Kirk started out admitting that his talk was “heresy,” but explained that when you look at the actual financial risk from climate change, it is tiny—especially compared with other risks.

“I work at a bank that is being attacked by crypto, we’ve got regulations in the U. S. trying to stop us, we’ve got the China problem, we’ve got a the housing crisis looming, we’ve got interest rates going up, we’ve got inflation coming down the pikes, and I’m being told time and time again to look at at something that’s going to happen 20 or 30 years hence.  The proportionality is completely out of whack.”

“They are inconsistent with HSBC’s strategy and do not reflect the views of the senior leadership of HSBC or HSBC Asset Management. Our ambition is to be the leading bank supporting the global economy in the transition to net zero.”

While refreshing, Kirk’s remarks did not receive 100 percent support even from someone who shares many of his views. On his blog The Honest Broker, Roger Pielke, Jr., agreed that most of what Kirk said is right but he was too provocative.

“The virality of Kirk’s remarks resulted not simply because the substance of his talk, but the way in which he delivered it—flippantly and with some comments seemingly designed for outrage, such as ‘Who cares if Miami is six metres under water in 100 years?’ Even if offered in jest, anyone remotely familiar with discussions of climate will know that being seen to deemphasize or diminish the importance of climate action will be quickly targeted by climate activists.”

Kirk pointed out (and illustrated with a slide) that the more and more people talk about “climate catastrophe,” the higher the value of assets becomes. He also showed a slide (below) picturing the dramatic fall in deaths from weather-related catastrophes since 1900. And he stressed the value of adaptation to climate change rather than mitigation. 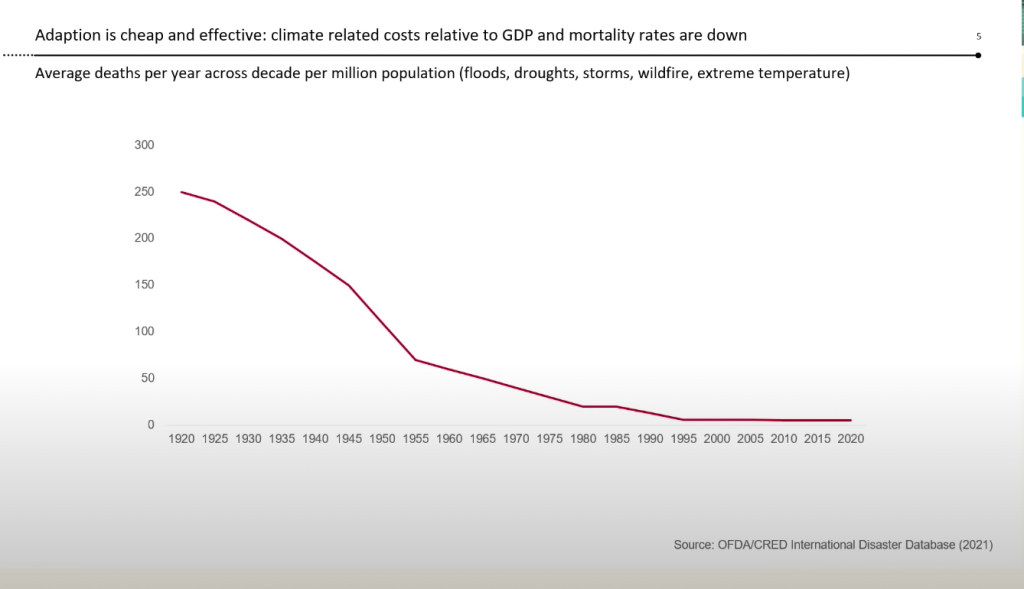