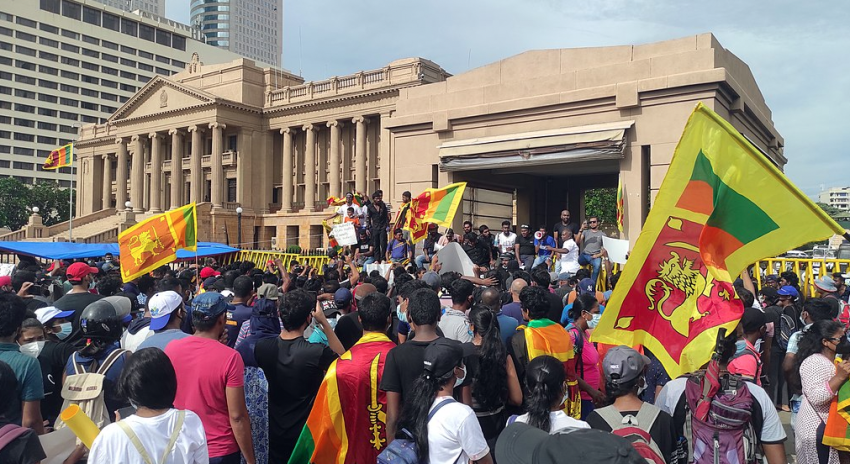 Sri Lanka, the island country off the coast of India,  is in political turmoil and the president says he will resign. A big factor in the tragedy is the country’s “going green,” banning synthetic fertilizers and pesticides.

“President Gotabaya Rajapaksa’s drive to make the country the world’s first to fully adopt organic agriculture—by banning all synthetic agrochemicals, including fertilisers and pesticides—has proved disastrous for Sri Lanka’s food security. Sold as a bid to improve soil health and tackle a mysterious kidney disease among farmers that is believed to be linked to excessive nitrate exposure, the ban was imposed overnight in May of last year.

“The country’s 2 million farmers, who make up 30 percent of its labour force and who until then were dependent on subsidised chemical fertilisers, suddenly found themselves left to their own devices. They said the government neither increased production of organic fertiliser nor imported sufficient soil nutrients to meet their needs.

“The result has been a dramatic fall in agricultural output during the growing season that ended in March, known locally as the Maha season.”

“Anti-government protest in Sri Lanka 2022” by AntanO is licensed under CreativeCommons BY-SA 4.0.

1 thought on “Behind the Turmoil in Sri Lanka: Government Ban on Synthetic Fertilizers and Pesticides”