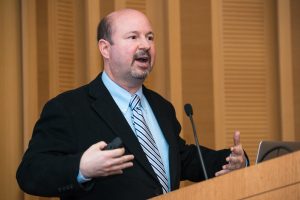 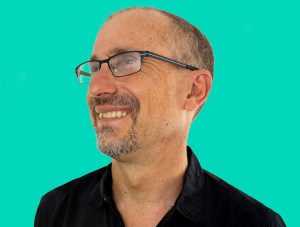 In several books and papers Michael Mann, director of Penn State’s Earth System Science Center,  has made charges against the Breakthrough Institute, an organization that seeks to use technology to solve environmental problems. In his newest book, Mann calls it “a group originally linked to fossil fuel interests that has more recently been called  a ‘nuclear [industry] front group.'”

Who is Michael Mann? He is the controversial scientist who came up with the “hockey stick” pattern of past warming—a graph showing that temperatures  in the past 1400 years had been fairly steady until a sudden rise in the twentieth century (the graph looked like a hockey stick lying horizontally). According to Mann,  the Medieval Warming Optimum (a long-accepted period of warming between 900-1300 AD) did not happen. His work was highly debated because he used a very limited set of proxy data to develop  his findings. However, he is part of the climate-change “establishment.”

Ted Nordhaus, founder and executive director of the institute, has responded to Mann’s claims about the institute he founded. Writing on the Breakthrough Institute site, he says:

“Mann claims that we are free-market libertarians opposed to renewable energy. In fact, we have supported far-reaching public investment in renewable energy since our founding and have long argued that scaling low carbon technologies consistent with mitigating climate change would require sustained and substantial public support.

“He claims we oppose energy efficiency and a tax on carbon. In reality, we have long supported both, although we have also pointed to the limitations of those efforts as climate mitigation policies.

“He claims that we promote geoengineering as an alternative to mitigating climate change, a claim that is patently false. Mann knows these are all demonstrably false claims. We have pointed them out publicly for years and my colleagues Alex Trembath, Zeke Hausfather, and I wrote him earlier this month detailing falsehoods in his latest book. And yet he continues to make them.

“Anyone even a little bit familiar with Mann’s personal history will appreciate the irony in his deliberate misrepresentations of our work. Mann has himself been the target of slanderous and defamatory attacks from actual opponents of climate action.  . . .

“For Mann, climate change is a Manichean struggle between greedheaded corporations (and the craven shills and right-wing ideologues they underwrite) and heroic climate scientists fighting to save humanity from ecological catastrophe, the latter personified by Michael Mann.”

Image of Michael Mann by Mike Ferguson at AAUP is licensed under CC BY-NC-SA 2.0. Image of Ted Nordhaus is courtesy of the Breakthrough Institute.