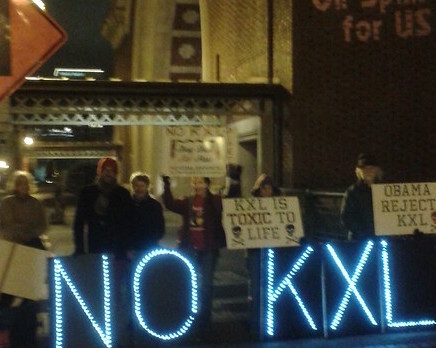 Daniel Turner, an advocate for energy production, writes in RealClearEnergy that President Biden’s decision to curtail the Keystone XL will cause Canadian oil to go to China rather than to the Gulf of Mexico. It will also give more business to Russia. (The 1200-mile pipeline, an extension of the original Keystone Pipeline, would go from Alberta to Nebraska and then connect with existing pipeline.)

“Canada has an economy to run, too, and the country has lots of oil to sell. If Keystone is stopped, it will simply be sold elsewhere. China? Probably. As the world’s largest oil importer at 10-11 million barrels a day, China would love to buy oil from anyone but America. Canada needs revenue and jobs. China needs oil. Losing our northern neighbor’s reliable, inexpensive, and abundant crude to the Chinese Communist Party nation would be a foreign policy collapse.”

Over the past ten years, a number of groups coalesced to oppose the pipelines, and, with the presidency of Joe Biden, their views have won out.

The two most important opponents to the pipeline are environmental groups such as the Natural Resources Defense Council and indigenous groups such as the Fort Peck Assiniboine Sioux and the National Congress of American Indians. Environmentalists want to reduce the use of oil and gas to prevent climate change, while indigenous groups have expressed worry about spills that would defile their land and contaminate their water.

Leaving aside the climate change question (a topic of debate) what is the likelihood of contamination or harm? While construction itself would have a temporary effect, the Pipeline and Hazardous Material Safety Administration, part of the U.S. Department of Transportation, suggests that there would be few dangerous spills. The administration records all pipeline incidents in the country. In 2019, there were eleven deaths from pipeline events such as spills or explosions.

If there is no Keystone XL pipeline, the “fallback transportation method,” is trucking, says Turner.  The Federal Motor Carrier Safety Administration of the Department of Transportation reports that (in Turner’s words) “in 2018, the most recent year for recorded data, large trucks were involved in 4,862 fatal crashes, 112,000 crashes which resulted in injury, and 414,000 crashes which resulted in property damage.”

Of course, trucks carry many more products than oil, and oil leaks might conceivably cause more damage to land and water, but certainly not more fatalities, than trucks. The comparison suggests that safety may not be a sufficient reason to oppose the pipeline.

Even so, President Biden has canceled the permit.