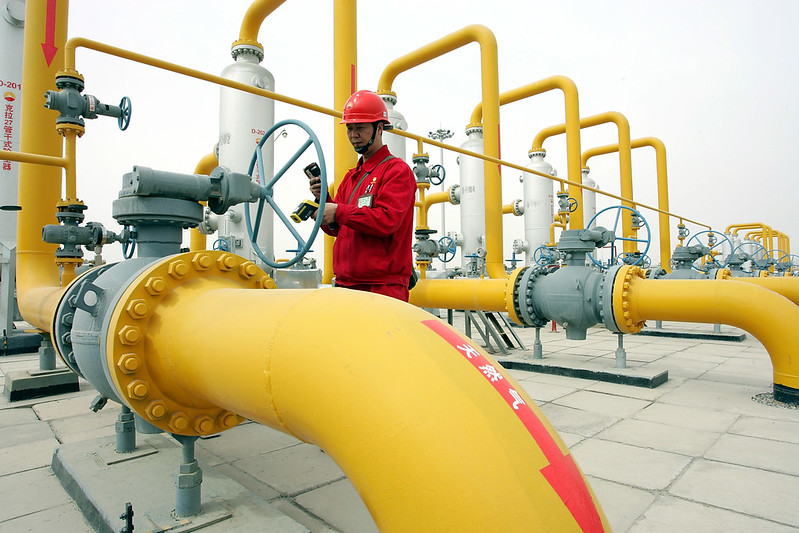 China’s energy production is in turmoil—but probably not because it is cutting back on fossil fuels. Although President Xi has claimed the country will cut back, it hasn’t so far.

The causes of the current energy crisis are multiple.

“China is in the grip of a power crunch as a shortage of coal supplies, toughening emissions standards and strong demand from manufacturers and industry have pushed coal prices to record highs and triggered widespread curbs on usage.”

“Restrictions on power use in homes have only just taken effect. However, China’s massive industrial base has been wrestling with sporadic jumps in power prices and usage curbs since at least March, when provincial authorities in Inner Mongolia ordered some heavy industry including an aluminium smelter to curb use so that the province could meet its energy use target for the first quarter.”

“Last Friday [September  24], the lights went out across northeast China. Cars piled up at intersections under blacked-out stoplights. Residents took to social media to complain about needing to walk up dozens of flights of stairs to get home. Sales of candles increased tenfold, according to state media.

“In the city of Jilin, a state-owned water services provider sent out a message warning residents that power cuts “of indeterminate lengths, at indeterminate times, without plan, without warning,” would be the norm until March. (The company later deleted the statement and apologized for its ‘unsuitable wording and inaccurate content.’)”

Furthermore, says Stephen Moore in his syndicated column, China is counting on coal:

“Meanwhile, the nation with three times the population of the U.S. and the world’s largest energy consumer, China, is all-in on coal. The Daily Mail reported that China’s 1,000 coal plants ‘make a mockery’ of any promises by Beijing that China will move to renewable energy. Coal is by far the largest source of energy in China, and new plants are being built every week. This is, as the Telegraph put it, ‘Beijing’s dirtiest little secret.'”

And the Institute of Energy Research emphasizes China’s investment in oil and gas just as the U. S. takes steps to curtail its own investments:

“While the U.S. government is doing all it can to keep our nation’s fossil fuels in the ground, China is investing in its oil and gas industry. China expects to drill 118,000 wells through 2025. China’s national oil companies are expected to spend over $120 billion on drilling and well services in 2021 to 2025 to meet the rising oil and gas demand and to supply more of its oil demand from domestic sources. China’s share of imported oil increased steadily from 2014 to a record high of almost 75 percent last year. Chinese oil production fell to 1.43 billion barrels in 2020 from 1.55 billion barrels in 2014.

“This contrasts with the U.S. oil and gas stance of the Biden Administration and Democrat politicians in the U.S. Congress. On Biden’s first week, several executive orders were rolled out to cancel the Keystone XL pipeline and place a ban on oil and gas drilling on Federal lands and waters, including the Arctic National Wildlife Refuge. The House of Representatives followed up by removing parts of the offshore area and the Arctic National Wildlife Refuge from oil and gas production, increasing current fees on oil and gas production on federal lands and creating new fees, including a tax on methane in its $3.5 trillion reconciliation bill.”