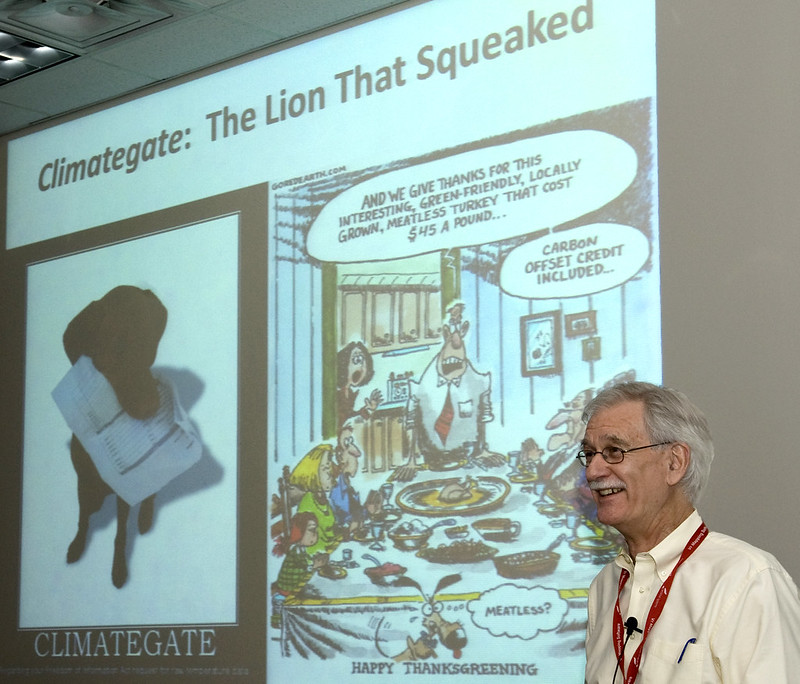 Robert Bradley Jr. retells the fascinating story of Climategate—the 2009 leak of emails among well-known climate scientists that showed  “bias, data manipulation, dodging freedom of information requests, and efforts to subvert the peer-review process.” On his blog MasterResource Bradley includes some of the highly disturbing email quotations.

In case you’re not familiar with Climategate, here’s the setting Bradley provides:

“On November 19, 2009, a whistle-blower or hacker downloaded more than 1,000 documents and e-mails from the Climatic Research Unit (CRU) at East Anglia University (United Kingdom). Posted on a Russian server, these documents were soon accessed by websites around the world to trigger the exposé.

“These e-mails were part of confidential communications between top climate scientists in the UK, the United States, and other nations over a 15-year period. The scientists involved had developed surface temperature data sets and promoted the “Hockey Stick” global temperature curve, as well as having written/edited the Intergovernmental Panel on Climate Change (IPCC) physical-science assessment reports.

A commenter on Bradley’s piece reports “continuing efforts to keep skeptical scientists from having their research results published in the major ‘scientific’ journals, or the efforts to destroy the careers of skeptical scientists including Pat Michaels, Willie Soon, Sallie Baliunas, Chris Landsea, Roger Pielke, Jr., David Legates and others . . . . Climategate lives on.”

1 thought on “Does Climategate Live On?”