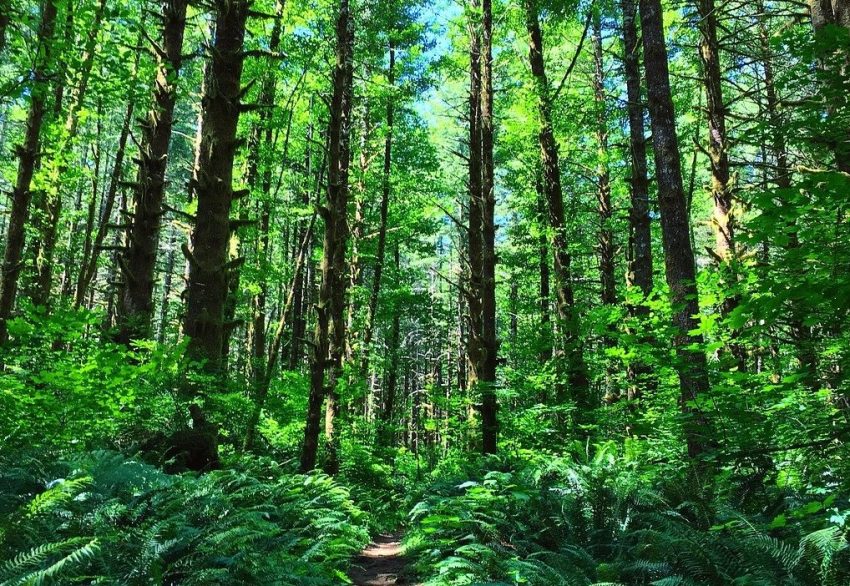 An extraordinary court case is proceeding in Oregon.  In November a jury the state of Oregon should pay $1.1 billion to 13 counties and 151 taxing districts on the grounds that the state has failed to maximize  timber harvests as required by a 1941 law.  On February 22, the state Court of Appeals heard oral arguments on the state’s petition to overturn the decision

The case started in 2019. Ted Sickinger of the Oregonian tells the story.

“At issue is whether more than 700,000 acres of state forestland needs to be managed to maximize revenues for the counties, or whether the state has discretion to manage them for multiple uses, including wildlife habitat, clean drinking water, recreation and other values. A Linn County jury previously concluded the state breached its decades-old agreement with counties by failing to maximize revenues, costing counties money to pay for local services.”

“The counties, which receive two thirds of the timber sale revenues off the lands, contend that the Forest Acquisition Act and subsequent amendments constituted a contract between the counties and the state, and that in 1941, “greatest permanent value” was understood to mean that the state would manage the lands to maximize timber production and resulting revenue transfers to the counties.”

“[In the mid-1990s] they say the state breached its contract with the counties, when the state Board of Forestry unilaterally changed the deal by adopting new administrative rules that included a broader definition of greatest permanent value. Since then, they contend, the state has shortchanged them by under-harvesting on state forests and undercutting their revenues.”

The conflict could become an issue in the gubernatorial campaign this year as one candidate, an independent, has been outspoken against the state’s forestry board, and it also raises the issue of whether private companies should be taxed more heavily to make up for the counties’ losses.

A hat-tip to the Mountain States Legal Foundation for this story.

Image of Tillamook State Forest by Dario Gerussi of Pixabay.