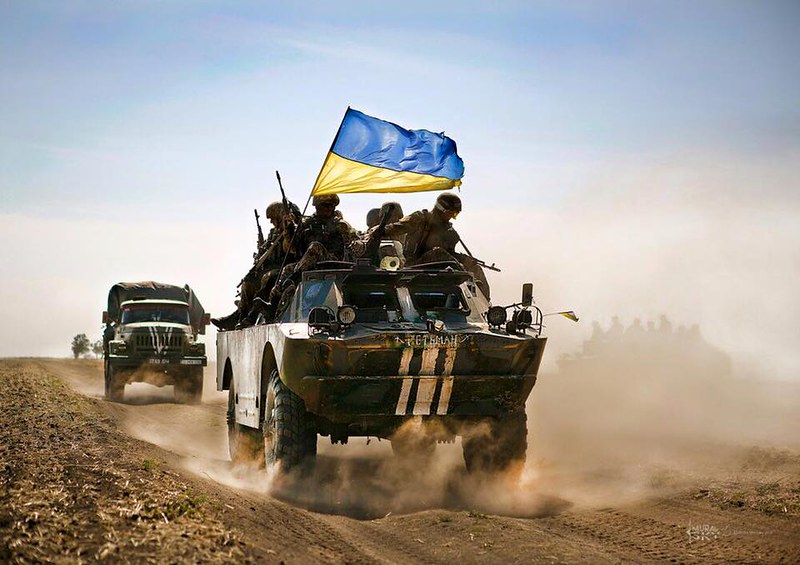 Yes they are, the Wall Street Journal reported on April 2. And a big ESG investment backfired when the two countries went to war.

“The ESG fund [owned by BlackRock, which tracks the ESG index of JPMorgan Chase] underperformed because it had relatively large allocations to Russian and Ukrainian government bonds.” Investors lost 4.74 percent of their value, while BlackRock’s non-ESG emerging-markets fund fell by 3.78 percent. That is,  BlackRock’s traditional fund suffered from the war but not as much as the ESG fund.

“Both countries are known for corruption and weak governance,” Wirz observed, raising the question of why those two countries’ bonds were included. JPMorgan has said it will remove Russia from its tracking.

The image above comes from the Ukraine Ministry of Defense (on Flickr) and was taken in 2016 in eastern Ukraine.