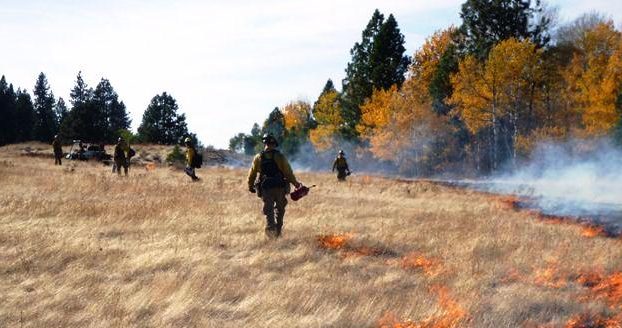 The U.S. Forest Service has halted prescribed burns (fires deliberately started to reduce trees and brush that could fuel dangerous wildfires) for 90 days—that is, for most of the summer. The reason is that a prescribed burn in April led to the Hermits Peak Fire in New Mexico—which, by joining with the Calf Canyon fire—became the largest forest fire in New Mexico’s history, not yet fully contained.

But Hannah Downey, writing for the Forest Institute and PERC,  says:

“Prescribed fire is an important tool, and more than 99.8 percent of Forest Service prescribed burn projects go according to plan. Instead of halting prescribed burns nationwide—a reactionary and blunt response to an unfortunate, if rare, tragedy—the agency should be exploring ways to scale up the use of prescribed burns when and where conditions allow.”

In the case of the Hermits Peak fire, the weather changed suddenly as the prescribed burn was  being implemented, leading the fire to outrun the parameters of the planned burn. That should not invalidate all deliberate fires, Downey indicates.

“Ironically, the scale and intensity of the Hermits Peak Fire emphasizes the need to do more prescribed burns. If fuel treatments, including prescribed burns and mechanical thinning, had been applied to the landscape more regularly, the prescribed burn in New Mexico would have been significantly less likely to become a wildfire after escaping the planned burn area.”

Photo from a prescribed burn was taken by Ken Meinhart, Turnbull National Wildlife Refuge in Oregon.