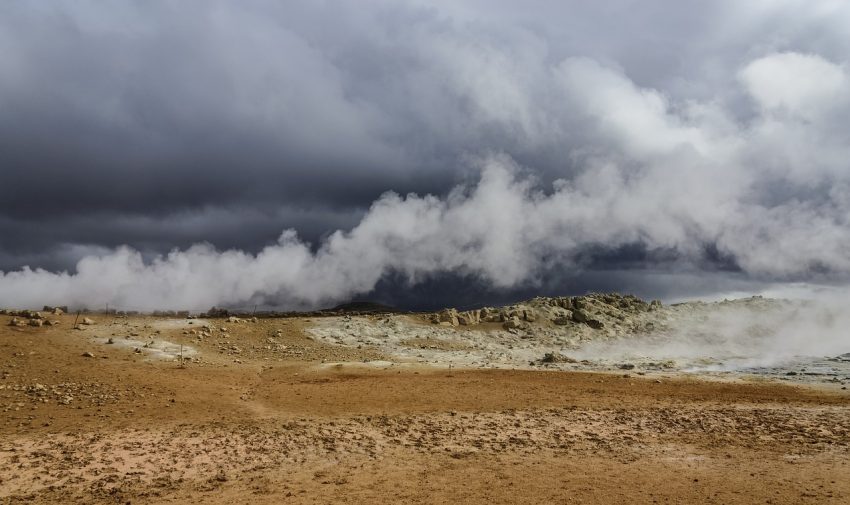 Geothermal energy, which comes from steam hidden beneath the earth’s surface, should be an attractive source of fuel these days because it is carbon-free. But its use right now is tiny.

While Iceland gets 65 percent of its energy from geothermal sources, few other places do. That’s because Iceland exists on a fault line that allows steam from beneath the surface to escape and be captured. Most places aren’t in such a location.

But according to Andrew Kennison, writing for the Center for the Study of Partisanship and Ideology, a new technology that could tap the underground power in many places. Here’s a brief description.

“Instead of needing steam leaking from the crust, Enhanced Geothermal Systems (EGS) drill into the crust to reach hot rocks below. One pipe pumps water into the hole, where it gets hot, and another brings it back to the surface where it is converted into electricity. Other systems use fluids that heat faster and hotter than water, making it easier still to get those fluids to temperatures that can create electricity. Still others use closed loops to pump fluids into the rock, heat them, and then back up into the plant to create power.”

“There’s a simple fix. The 2005 Energy Policy Act created a loophole for oil and gas exploration on federal land in Section 390 of the bill. If the exploration area is under five acres and the total site of the federal lands lease is under 150 acres, then the company doesn’t need to file the environmental assessment under NEPA rules. Almost all geothermal work fits that description.”

This loophole, called a “categorical exclusion,” could be applied to geothermal energy. Something similar occurred before. Citing work of the Utah State Center for Opportunity and Progress, Kennison says that “the categorical exclusion of oil and gas exploration for exploratory wells was a factor in creating the shale revolution.”

Perhaps there could be a geothermal revolution?

Image of geothermal steam in Iceland is by Pawel  Grzegorz of Pixabay.