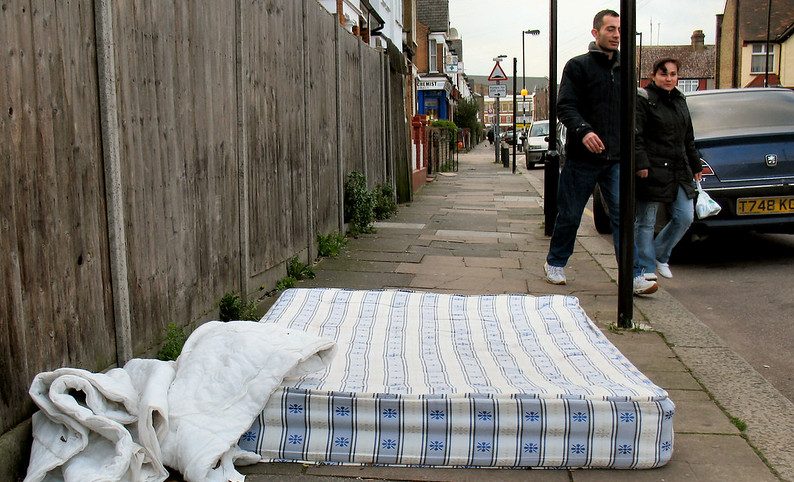 Have you ever wondered what to do with an old mattress?

“Since the program began in 2015 [in Connecticut], more than 1.2 million mattresses have been recycled with more than 21,000 tons of steel, foam, fiver and wood being diverted from incinerators and landfills,” writes Julie Martin Banks on CT News Junkie.

In each state, a law requires an upfront, visible fee paid by all mattress buyers—$11 in California, $11.75 in Connecticut, and $16 in Rhode Island. The fee goes to the state-based Mattress Recycling Council, which has set up collection centers around the state. While the council does not pick up mattresses, some towns have arranged to do so.

Why do I like it? A need exists, the organization is private, the price is right, and, while a state law is required (making the fee mandatory), the state doesn’t seem to get much involved.

Image by Alan Stanton in London, licensed by Creative Commons.

2 thoughts on “Good News: A Recycling Program to Like”