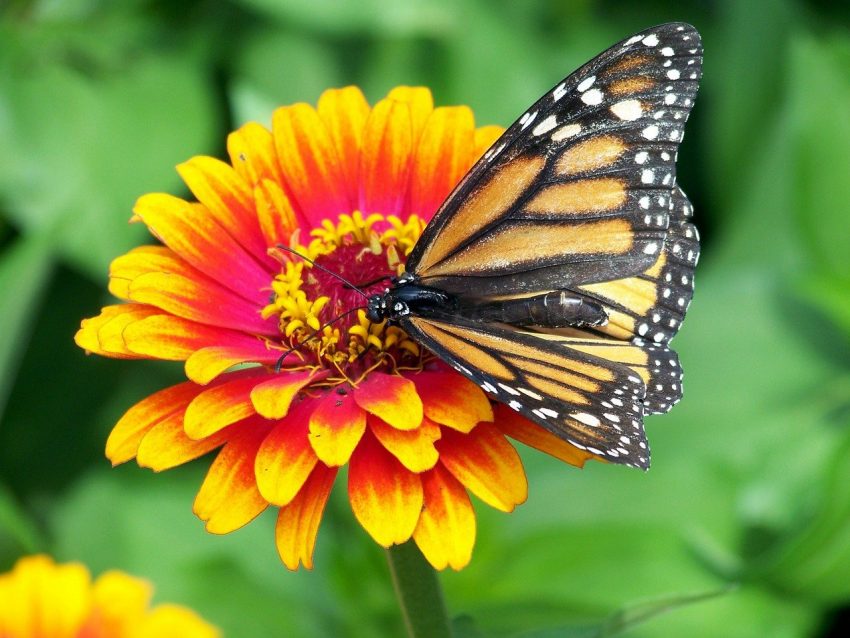 Monarch butterflies hit a record low in California this winter, reports Business Insider, citing an annual count by the Xerces Society. The western Monarchs migrate as much as 3000 miles a year, arriving in California from the Pacific Northwest, usually staying in the state until March and then moving to other parts of the country. The milkweed plants they feed on have been disappearing and the western wildfires may have disrupted their migration or killed some of them.

The U.S. Fish & Wildlife Service recently declined to list the butterfly as an endangered species, citing the excessive paperwork required.

Writing for PERC, Jonathan Wood says that efforts are underway to protect the butterflies, but more needs to be done.

“Fortunately, significant conservation efforts are already underway and more could be encouraged with the proper incentives. States and industry have begun managing roadsides, transmission corridors, and other areas to promote pollinator habitat. Conservation groups have developed programs to compensate farmers for planting milkweed as cover crops and in unproductive areas. And several groups provide free milkweed to homeowners willing to provide habitat in yards and gardens. (Somewhat unique for an endangered or threatened species, nearly a third of the monarch’s habitat could be provided in urban and suburban areas.)”

Commenting on the decision not to list the butterflies as endangered species, Wood said that listings tend to be punitive (requiring farmers leave areas uncultivated, for example). Thus listings are often ineffective. “The key to recovering the monarch, as with many species, is to reward private landowners who conserve and restore habitat, rather than making species and their habitats a liability.”

Image is from PublicDomainPictures at Pixabay.