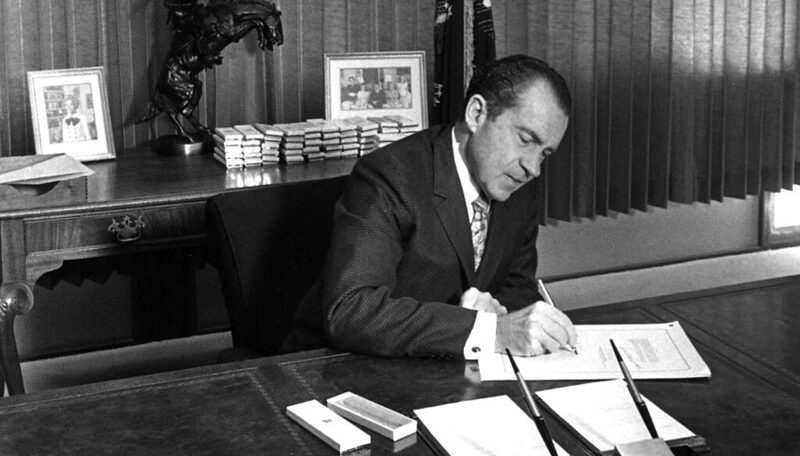 Noah Smith lays it all out on his Substack blog. His roundup of links to recent articles on the National Environmental Protection Act (NEPA) is massive. Here’s one link, to  Jerusalem Demsas in the Atlantic. She points out that delays from environmental reviews under NEPA aren’t limited to power plants or highways:

“NEPA and similar state-level laws have delayed congestion pricing in New York City and solar power in the Nevada desert, forced Seattle to draft an 8,000-page environmental-impact statement for a light-rail project, stopped a rezoning effort in Minneapolis aimed in part at reversing segregation . . . I could go on for days.”

Indeed, a number of the articles Smith finds are written by disenchanted environmentalists who complain that NEPA reviews are holding up what they consider beneficial projects (such as wind power). He quotes from Jeremiah Johnson’s “The Case for Abolishing the National Environmental Policy Act” on LiberalCurrents.

“In fact, NEPA has a long history of delaying explicitly environmental projects. It’s worth belaboring this point at some length to drive home exactly how anti-environment NEPA is. There’s the congestion pricing plan in New York which was delayed by NEPA. There’s the 1353 pages, 2.5 years, $1 million+ review of adding bike lanes in San Francisco. A $3 billion offshore wind project at Martha’s Vineyard was delayed for years due to NEPA. . . . Hydroelectric dam projects in Oregon have been delayed. A different dam modernization project in Arizona faced a five year delay for review where the executive summary of the EIS is 76 pages long.  A lake restoration effort in Utah was delayed 5-7 years. California’s high speed rail plans were delayed in 2017 by CEQA, and then again in 2019 (California ultimately gave up on connecting San Francisco to Los Angeles with high speed rail). Sometimes it’s ‘environmental’ groups themselves who use NEPA as a tool to obstruct environmentally friendly projects. . . . The federal government can’t even install solar panels on the roofs of federal buildings without a NEPA review.”

Other links explain the monumental law’s ins and outs, as does Brian Potter’s  “How NEPA Works.” Writes Smith:

“This post is a great overview of the basics of NEPA, and I found this to be the most helpful out of all the articles I read. The basic point is that NEPA is not a law about what a project is allowed to do to the environment; it’s a law about how the government is required to assess the environmental impacts of a project before starting. In other words, it’s a procedural requirement, sort of like IRB requirements for human subjects research in academia. There are basically three levels of review — a Categorical Exclusion (easiest), an Environmental Assessment (mid), and an Environmental Impact Statement (hardest). Some projects start out with an EIS, while others get upgraded from EA to EIS.”

Image is of President Richard Nixon signing the National Environmental Policy Act on January 1, 1970. The image is in the public domain, courtesy of the Nixon Presidential Library.

1 thought on “How NEPA Is Strangling Our Economy”