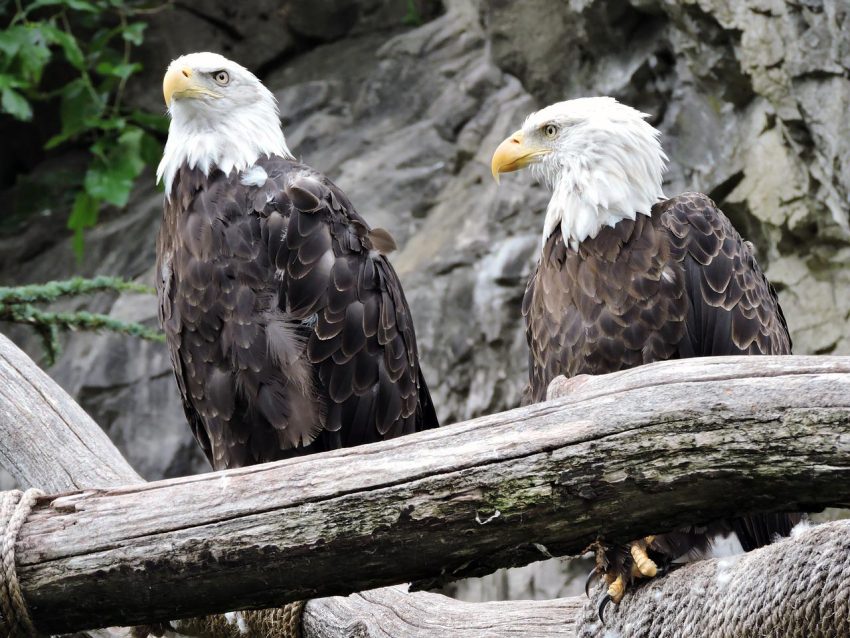 A paper by Molly Espey and Eamon Espey  says that tradable permits can reduce the killing of eagles and other birds by wind turbines.

“By effectively creating a market for eagle take, wind energy producers would be forced to consider the marginal cost of killing an eagle and adjust their behavior accordingly, ” say the two writers from PERC (the Property and Environment Center).

A  similar concept can be applied to bird deaths. Here’s PERC’s analysis. First, the problem:

“Total bird deaths from collisions with turbines are estimated to be between 140,000 and 328,000 per year, including thousands of eagles, hawks, owls, and other raptors. These numbers are likely to increase, as the Department of Energy aims to have wind energy meet 20 percent of electricity demand by 2030 and 35 percent of demand by 2050.”

The U. S. Fish & Wildlife Service, which protects golden and bald eagles (but not necessarily other birds), currently allows developers of wind projects to obtain a permit that allows the accidental deaths of between 1,000 and 4,200 bald eagles (over 30 years). The numbers allowed differ among owners but once the permit is established, it is static—it lasts for 30 years.

“With eagle incidental take, all wind projects are subject to the same type of permit, regardless of the particular risk a given project has of killing eagles—a risk that may vary according to location and turbine design, among other factors. Thus, a project that might end up incidentally killing 10 eagles a year pays the same permitting fees as one that takes 50 per year, decreasing any incentive on the margin to reduce incidental take.”

Tradable permits would, instead, allow companies that (because of wind turbines’ location or design) kill fewer eagles to sell permits to those who kill more. It would encourage owners to reduce the number of kills because they could save the cost of additional permits or, in other cases, obtain extra revenue from those companies that go over the limit.

The Espeys say that such a system would allow the wind sector to grow because it would give companies more flexibility. At the same time, it would reward companies for reducing bird deaths (presumably all kinds of birds would benefit, not just eagles).

“[A] transferable permit system that accounts for marginal incidental take of eagles at wind farms would allow for increased growth of the sector while limiting the overall threat to the birds. They would essentially balance the cost of reducing the risk of killing an eagle against the price of a permit that would be required if an additional eagle were killed. Such a policy would create a tradable property right and could generate cost-effective eagle conservation if the market were sufficiently competitive and transaction costs were low.”