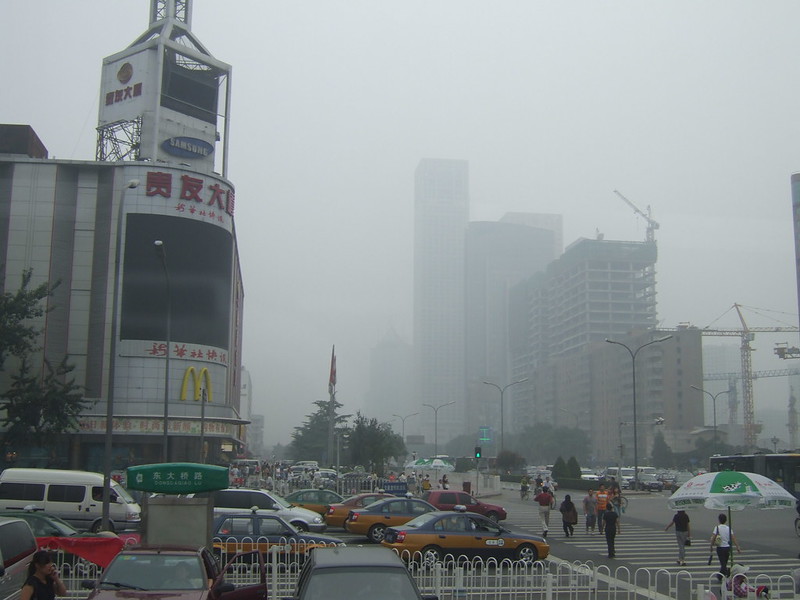 From a news release: “On June 9, 2021, Governor [Cooper] issued Executive Order No. 218 highlighting North Carolina’s commitment to offshore wind power as the state transitions to a clean energy economy.”

“. . . a clean energy economy”? This is a misnomer. Does anybody remember what dirty energy was? Sooty, full of particulates and sulfur dioxide—it was called smog.

After years of effort and heavy costs, we have cleaned up our energy. Getting rid of carbon dioxide emissions is not moving toward “clean” energy.

Carbon dioxide is not a pollutant, even though the EPA calls it that, following a dubious Supreme Court decision that upheld the term in 2007. Calling it a pollutant doesn’t make it so.

I am also tired of pictures showing electric plants with steam coming from their stacks—presented as if the steam is smoke. Almost always, it is not.

“Beijing Smog” by Michael Henley is licensed under CC BY-NC-SA 2.0.