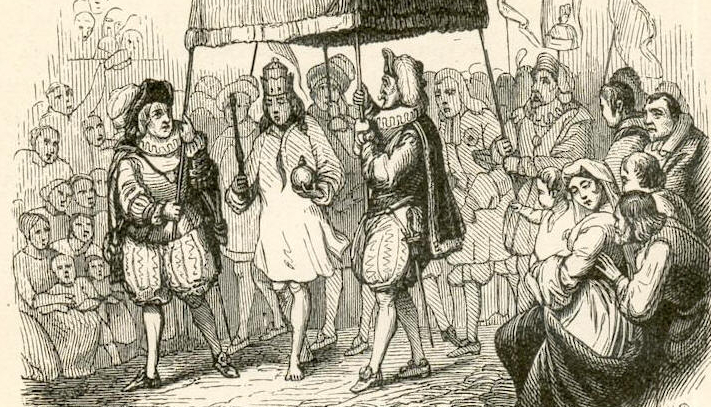 William Happer, emeritus physicist at Princeton, had a little fun with Joe Biden’s messaging at the president’s recent trip to the climate conference (COP27) at Sharm el-Sheikh, Egypt. Biden announced a new regulation on methane emissions.

“Before leaving for a week of virtue-signaling at the COP27 climate conference with other world elites, President Joe Biden would have done well to reread Hans Christian Anderson’s story ‘The Emperor’s New Clothes.'”

In the story, two swindlers claim to weave a new fabric that magically becomes “invisible to anyone who was unfit for his office, or who was unusually stupid.” That led the emperor to act as though he could see the suit, and  he paraded through the town in his underwear. Says Happer:

“In Biden’s case, the new clothes are the nonsense that there is a climate emergency. But who would want to be considered ‘unfit for his office’ or ‘unusually stupid’ by questioning whether there really is an emergency? So, resplendent in his new regalia, President Biden has proposed regulations on methane emissions by the U.S. oil and gas industry, at a direct cost of more than $1 billion annually, to deal with a nonexistent problem.”

In the fairy tale, the public keeps quiet—no one wants to reveal his or her stupidity—until a child cries out, “He doesn’t have any clothes on!” But today, that child would be canceled.

Happer’s  point is that everyone, from heads of state to teenage girls, is going along with the idea that climate change is an emergency and justifies extreme measures—in spite of internal doubts. Yet, says Happer, if all methane emissions were curtailed, that “would likely only lower the average global temperature in the year 2222 by about 0.2 °C, a completely trivial amount.” (Note that he says 2222., 100 years from now.)

So where is the little child who will reveal that?

The image above is by Vilhelm Pedersen who illustrated the story in 1849. It is in the public domain.

1 thought on “Is Joe Biden Wearing “The Emperor’s New Clothes”?”