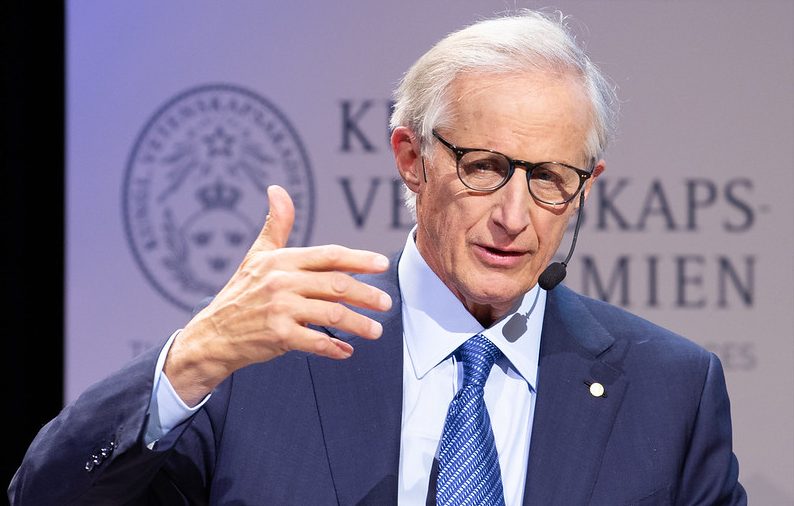 “This year, Professor Nordhaus came out with an ambitious, all-encompassing yet somewhat confused book: The Spirit of Green: The Economics of Collisions and Contagions in a Crowded World. Ambitious because he tries to condense into three-hundred-odd pages everything about a good society, about the green mentality, the science of climate change, the economic issues of externalities and public goods, political philosophy, behavioral economics, as well as specific policy recommendations like carbon taxes and global climate agreements. “

The reviewer continues, “The book is confusing because Nordhaus deals with every topic under the economic sun and it’s not quite clear what his central argument is.”

Nevertheless, Nordhaus deserves a decent grade. He leans left and welcomes government regulation, but he understands that prices matter, just as an economist should.

Image of William Nordhaus by Bengt Nyman is licensed under CC BY 2.0