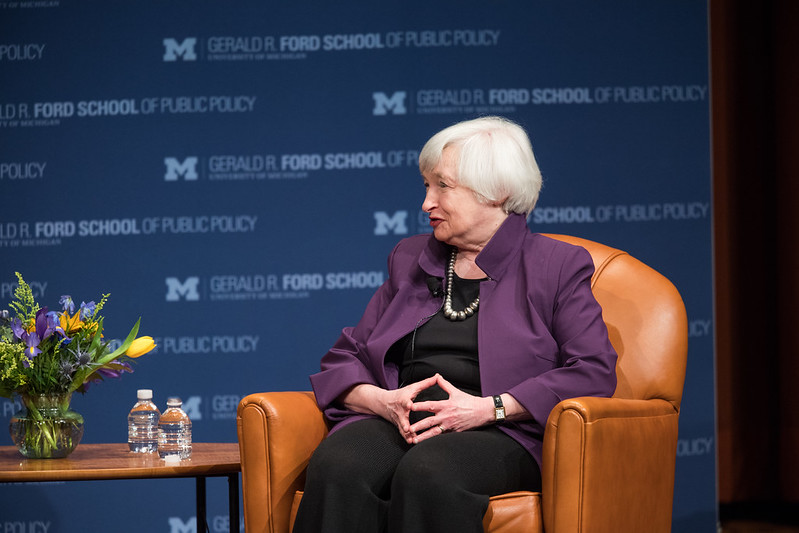 Yellen told  the department’s Financial Stability Oversight Council on March 31 that climate change is “an existential threat to our environment” and “a tremendous risk to our country’s financial stability.” Lewis cites studies that dispute this claim.

But what exactly is Treasury trying to do? Yellen wants the council to  “coordinate regulators’ collective efforts to improve the measurement and management of climate-related risks in the financial system.”

To get an idea of what this would mean, consider Operation Choke Point, an effort that started in 2013 to stop banks  from lending to businesses that regulators considered disreputable. Lewis quotes an overview of this project (which ended in 2017) by CEI colleague John Berlau:

“Choke Point was a multi-agency operation in which several entities engaged in a campaign of threats and intimidation to get the banks that they regulate cut off financial services—from providing credit to maintaining deposit accounts—to certain industries that regulators deemed harmful to a bank’s ‘reputation management.’”

“Legitimate businesses engaged in wholly legal activities such as coin dealers, gun shops, and payday lenders suddenly found their access to banking services cut off. Choke Point was never authorized by an act of Congress. It was not even adopted through a public notice-and-comment rulemaking. It was implemented by guidance documents advising banks to shun customers deemed (by the regulators) to be persons or entities of ill repute.”

“The Biden administration makes no secret of its desire to drive capital out of the fossil fuel industry. Denying the industry access to financing would scare away investors in droves.”

At the same hearing, John Cochrane of the Hoover Institution said bluntly about climate change:

“Sure, we don’t know what will happen in 100 years. But banks did not fail in 2008 because they bet on radios not TV in the 1920s. Banks failed over mortgage investments made in 2006. Trouble in 2100 will come from investments made in 2095. Financial regulation does not and cannot pretend to look past 5 years or so, and there is just no climate risk to the financial system at this horizon.[Emphasis added.]