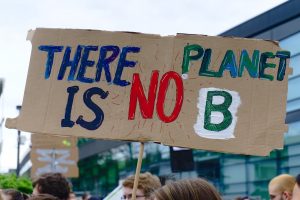 “He chronicles environmental progress around the world and crisply debunks myth after gloomy myth,” writes Tierney. “No, we are not in the midst of the ‘sixth mass extinction,’ because only 0.001% of the planet’s species go extinct annually.“No whales were not saved by Greenpeace but rather by the capitalist entrepreneurs who discovered cheaper substitutes for whale oil (first petroleum, then vegetable oils) that decimated the whaling industry long before activists got involved. No, plastics don’t linger for thousands of years in the ocean; they’re broken down by sunlight and other forces. No, climate change has not caused an increase in the frequency or intensity of floods, droughts, hurricanes and tornadoes.”

“Michael Shellenberger is “fed up with the exaggeration, alarmism, and extremism that are the enemy of a positive, humanistic, and rational environmentalism.”

Why we still need coal.