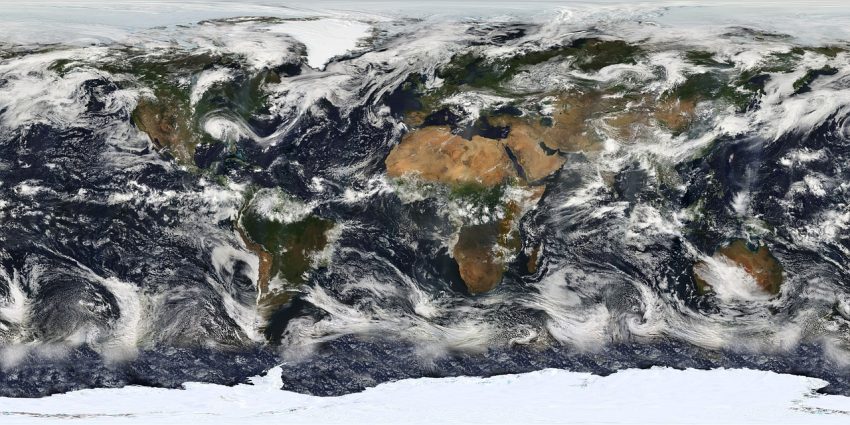 Many climate scientists choose to ignore temperature history from satellite data in favor of temperature measurements taken on the surface only. (Satellites measure temperatures at a variety of heights—from the surface to the stratosphere.)

Climate scientist Nicola Scafetta reviewed 38 climate model forecasts and how they correlated with actual temperatures. Temperature records measured by satellites showed 30 percent less warming than surface measurements. It is  well known that many surface thermometers are affected by the “urban heat island”—from population growth, steel buildings, felled trees, moving the measurement instruments, etc.— and are scanty when it comes to global coverage. Yet many scientists still rely on the surface warming temperatures for their “hindcasts,” that is, for testing how close their forecasts came to actual temperature history. Some adjustments over the years make the surface temperature record look even warmer.

“The latest September UAH [University of Alabama Huntsville] satellite data, considered in some scientific circles as the most accurate measurement we have, show the current [warming] standstill has been extended to eight years. But whereas satellite data are common and invaluable in many geographical fields, these temperature results are less welcome. It is not hard to see why. Scafetta calculates that the results since the start of recordings around 1980 are 30% below surface temperature datasets.”

Indeed, says Morrison, “two adjustments since 2013 by the U.K.’s Met Office to its HadCRUT global surface temperature record have increased recent warming by a similar amount. Similar upward adjustments are to be found in the other major global datasets. A previous temperature pause from about 1998-2010 is no longer visible in these records.”

According to J.S. D’Aleo, a fellow of the American Meteorological Society, the adjustments cooled the records of the mid-20th century or warmed the more recent record, so they brought the temperature records into closer alignment with predictions.