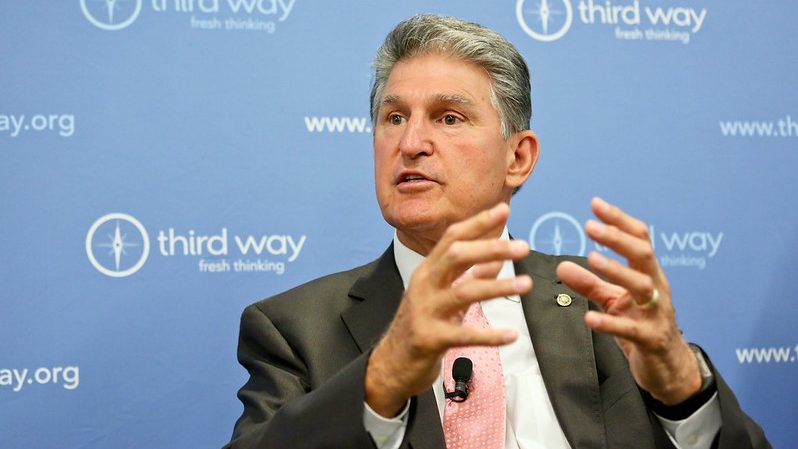 To support  the “Inflation Reduction Act” that just cleared the Senate on a party vote, Senator Joe Manchin agreed to a “side deal.” According to the Washington Post that deal would streamline the permitting process for major energy projects, including a West Virginia gas pipeline. Among other things it would set a two-year maximum limit for reviewing such projects. It would be passed by Democrats upon their return to Congress in September.

However, writes Christian Britschgi for Reason, there is evidence to question the Democrats’ willingness to accept the deal.

Why? Democrats turned down a Republican proposal last week that would have returned environmental review to the relaxed rules of the Trump administration. Manchin was the only Democrat to support the resolution.

“Manchin had conditioned his support for the bill on a “side deal” that would streamline the federal permitting process for new infrastructure projects. But the near-unanimous Democratic rejection of a similar, GOP-backed permit streamlining measure last week suggests that Manchin’s co-partisans might not honor that bargain when they return to work in September.”

“Democrats in Congress and the White House seem split, expressing commitment to the West Virginia senator’s side deal while also defending the Biden administration’s tightening of NEPA rules.”

Photo of Joe Manchin by Third Way is licensed under CC BY-NC-ND 2.0.