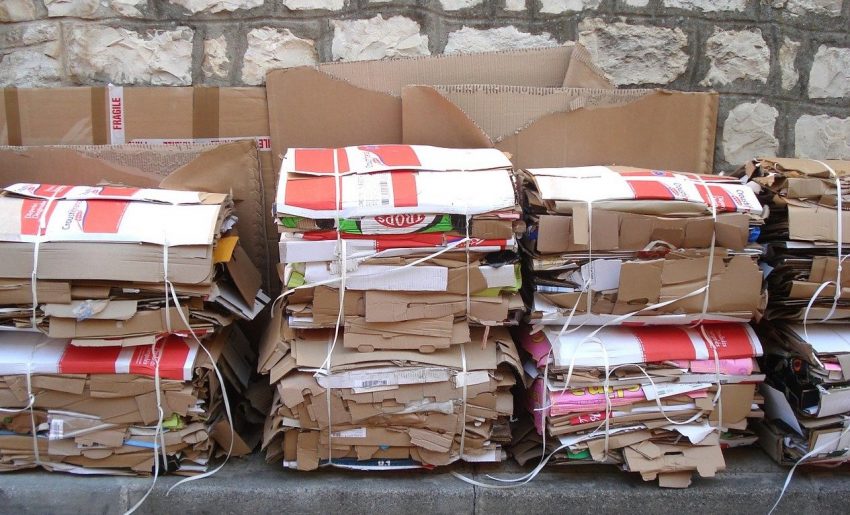 Covid-19 is adding to the turmoil in recycling, especially curbside recycling.

Curbside recycling was already struggling because of  China’s 2017 prohibitions and restrictions on recycled material. Covid-19 has further reduced the ability of towns and cities to pay the costs of recycling. School closures and online classes have dried up both sources and markets for printing and writing paper. On the positive side, however, the growth of e-commerce that the pandemic encouraged is providing new sources of container board, as households have many boxes to discard.

First, in 2018, China, which used to import about 45 percent of recycled plastic and large quantities of other scrap materials, began closing its doors to recycled materials. In announcing its “National Sword” program, China cited environmental hazards from contaminated waste and concerns about smuggling (operating a recycling plant without a permit). More candidly, it is likely that China wants to improve its international image by not being a dumping ground for other countries’ waste.

China’s plastics ban started in January 2018, but imports of paper were allowed to continue at a gradually slowing pace. While exporters of plastic waste could shift sales from China to other southeast Asian markets, some of those countries, like Indonesia, are also rejecting plastic waste.

Then Covid-19 entered the field. It has had a devastating effect on printing and writing paper (or P & W). With schools and colleges closing or switching to online teaching, many writing and printing papers are not necessary. In Resource Recycling,  Colin Staub  quotes a manufacturer: “With the COVID-19 pandemic battering economic activity across the world, demand for P&W papers has plummeted.” This has led some mills that formerly produced quality paper to become recyclers of cardboard fiber, whose supply has grown due to all the packaging from e-commerce.

But curbside recycling is suffering. According to Waste Dive, about 100 recycling programs have shut down since 2018—initially due to weak markets caused by China’s prohibitions but more recently due to the strain on municipal budgets from Covid-19. This is not a large number compared to all curbside programs, however. While there are no firm data for the number of curbside recycling programs, the Recycling Partnership, a nonprofit organization supported by corporations, estimates that 59 percent of all Americans have access to a curbside program (a small portion of which they must formally subscribe to).

Most curbside recycling programs are subsidized by city funds. Even before Covid-19 started, but after China’s rejections began, the estimated cost to a city to support a recycling program was about $44 a ton, according to a  Recycling Partnership report. Recycling at a typical MRF (Material Recovery Facility) costs about $80 and programs are typically getting only about $36 per ton from sales of recovered materials (see p. iii).

The  Recycling Partnership’s report on curbside recycling was issued in February, before Covid-19 hit. But even then it depicted a world of challenges. It estimated that today’s households recycle only 32 percent of potential recyclables. In a nutshell, “Only half of Americans have automatic access to curbside recycling, some who have access do not participate, and not all who participate do so fully,” says the report (p. iv).

To raise that percentage, the report recommends that municipalities communicate more effectively with the public, replace subscription or opt-in programs with automatic pickup, and make collection more efficient, especially by moving from bin- or  bag-based collection to cart-based pickups. Wheeled carts hold more waste, are easier for residents to move, and save on labor because trucks pick up the carts hydraulically.

Plastic poses special problems for recyclers. Thin plastic shopping bags are especially difficult to recycle. Just as states like California and New York were beginning to ban disposable plastic bags in early 2020, Covid-19 came along. Many people saw the popular reusable cloth bags as unsafe because the virus stays on surfaces for up to 72 hours. California suspended its ban on plastic bags.

Now, however, with much more credence given to the virus’s transmission by air, the bans are coming back.

But plastic has long been a problem for curbside recycling. The fundamental fact is that plastic, as a product of petroleum, is cheap to produce (when oil prices are moderate as they are now), but expensive to recycle into usable products.

There are numerous kinds of plastic materials. Years ago, plastics producers began incorporating numbers into molded plastic products to separate them into compatible groups for recycling. For example, the plastic in yogurt cups and dairy tubs is polypropylene (PPE), no. 5. Even so, many MRF aren’t equipped to handle some of these plastics, including PPE. National Public Radio recently disparaged plastics companies for claiming plastics can be recycled, but in fact, they can be, and new technologies for plastics recycling are under development. For the future, plastics recycling depends on whether customers are willing to recycle plastic and ultimately to pay the cost in the price of plastic products. Those are two  big “ifs.”

One recent topic of discussion affecting recycling is “extended producer responsibility” (EPR). The idea, proposed in Sweden in 1990, aims at shifting the cost burden of recycling onto producers of waste (primarily packaging), partly to  force redesign of products. EPR has had a mixed history. It’s been adopted in parts of Canada and Europe. Large U, S. producers opposed EPR initially but now, according to the Wall Street Journal, companies like Procter & Gamble and Colgate are moving toward some kind of acceptance. Mandatory EPR, of course, could be hard on small producers and would shake up current recycling practices.

Is curbside recycling worth all the turmoil? Probably not. Two writers for the Manhattan Institute recently pointed out that New York City pays more than $400 million a year for its recycling program—”nearly as much as the budget of its parks department. Diverting recyclables to regular garbage trucks (and paying for disposal in a landfill) could save more than $250 million per year.”

Let me conclude by reminding us of why recycling is such a difficult phenomenon. Immensely popular in theory and public rhetoric, curbside recycling is, at base, inefficient. Industry has always recycled, and some products, such as aluminum cans, easily become new ones. However, curbside recycling, with its mixed waste, scattered locations, and varying levels of household commitment, will always face uncertainties, even when the pandemic ends.

Indeed, the initial push for recycling was somewhat misguided, launched by fear that the nation and the world were running out of landfill space. Few heeded the estimate by economist Clark Wiseman that a landfill 44 miles square and 120 feet deep would hold all the trash produced by the United States for the next 1000 years! Instead, a cry for recycling rose up, whether or not it made economic or ecological sense. We are living with the results.