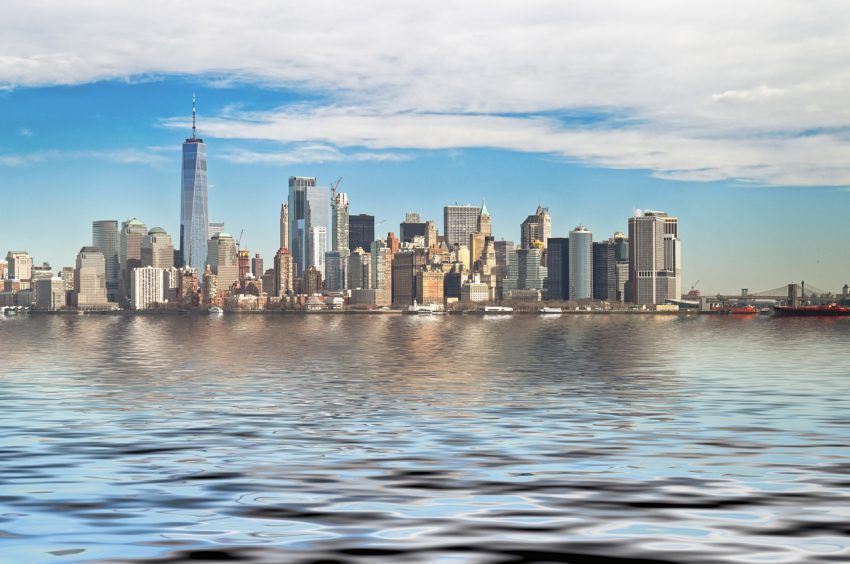 “As millions of U.S. households and billions of people around the world seek new solutions to adapt to climate change, there is a huge market for firms that can devise products that help people cope. While we don’t know just what they are, the evidence of adaptation—even quick adaptation when necessary—is plentiful.

“The meteoric rise of Zoom software and other technologies during the Covid-19 pandemic showcase just how quickly technological solutions can proliferate in response to massive demand. In early March 2020, every university in the United States closed down and went online to protect people from the virus. Professors gave lectures from home using Zoom, and students learned online.”

“If the place called Wall Street is threatened by sea level rise, major firms will anticipate this threat and move to higher ground. Such firms will have strong incentives to find areas that face less future climate risk. If Goldman Sachs exits an increasingly risky southern Manhattan, then other firms will follow, so that the economic agglomeration re-forms in a safer, more resilient area. . . .

“This process will play out through a trial-and-error learning process. Given the physical size of the United States, there are many places to build our productivity hubs given that cities take up little physical space. . . [T]he new productivity center may be even more productive than the original cluster.”

“Other policy solutions relate to classic PERC land-use themes. For instance, phasing out farming subsidies would reduce moral hazard concerns as farmers would have a greater incentive to adjust their activities to adapt to the emerging profit opportunities created by climate change. If an area faces greater drought risk and the price of water is rising, farmers would substitute away from water-intensive crops. To take another example, by subsidizing living in flood or fire zones and consuming natural resources, federal and state governments often slow down the adaptation process.”

Image of Lower Manhattan by mshch at iStock.