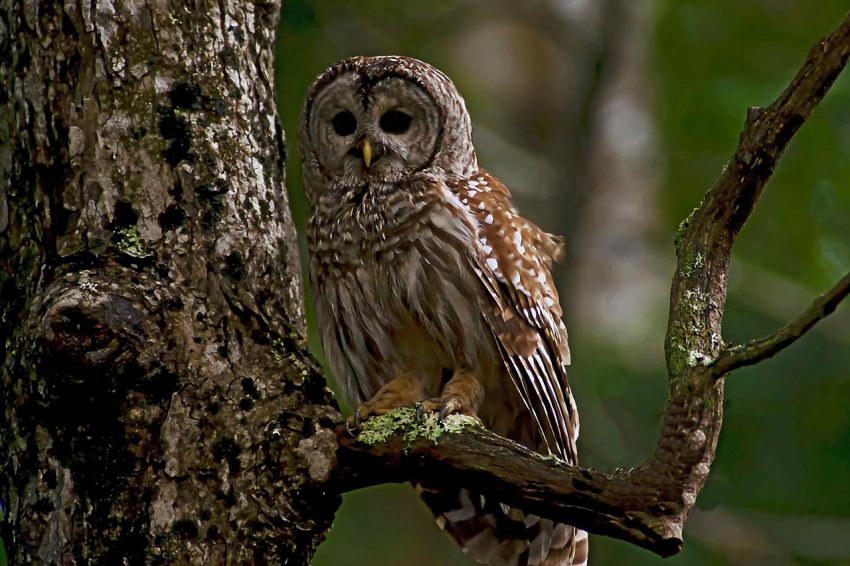 On March 4, the Ninth Circuit Court of Appeals (in San Francisco) upheld a policy of the Fish and Wildlife Service that kills barred owls in Oregon. The practice, which goes back to 2013, had been challenged in court by Friends of Animals.

An article by Barbara Grzincic of Reuters explains that the northern spotted owl was declared as a threatened species in 1990, due to logging of old-growth forest in the Pacific Northwest and California.

“By 2011, another threat was clear: the barred owl, a native of the northeastern United States, had migrated west and was out-competing the native birds for habitat and prey. The agency authorized the 2013 experiment to assess the effect of lessened competition.”

“Removal” of barred owls has continued since then. As part of the experiment (called the Barred Owl Removal Experiment), the agency obtained access to land owned by the state of Oregon and three private landowners.

“In exchange for their cooperation, the agency allowed them to harvest timber in designated areas where no resident northern spotted owls had been found for several years. The permits also protected the loggers from prosecution if their operations should incidentally harm or kill the threatened birds.”

The court’s decision can be found here: https://casetext.com/case/friends-of-animals-v-united-states-fish-wildlife-serv-1.

The views of the Mountain States Legal Foundation (in an email): “Now the feds are shooting barred owls in order to ‘save’ spotted owls, all with the blessing of the 9th Circuit Court of Appeals, in another Endangered Species Act absurdity.”

2 thoughts on “Shooting Barred Owls to Save Spotted Owls”