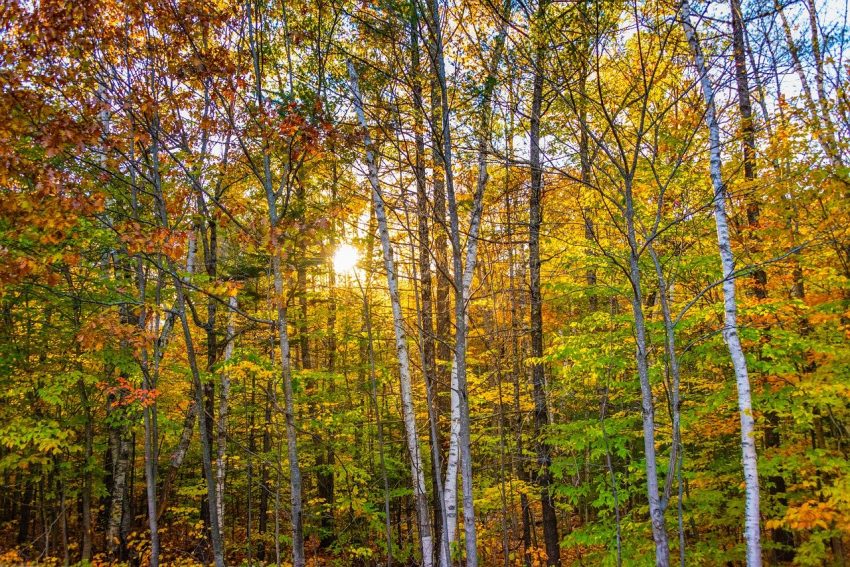 This post is about how preconceived ideas, in this case ideas about climate change, corrupt reporting. A skilled reporter from the New York Times, Marguerite Holloway, went to western Massachusetts to see what was wrong with the trees there. She found a number of problems but her description and analysis are riddled with assumptions about climate change.

We can see that from the title, “New England’s Forests Are Sick. They Need More Tree Doctors: Climate Change Is Taking a Toll on Woodlands in the Northeast.”

The author does not support her statement that climate change is the cause of the trees’ ills. I’m going to look at a few of her paragraphs:

Near the start of the story, she writes:

“As climate change accelerates, the trees in the Eastern forests of the United States are increasingly vulnerable. For many arborists, the challenges facing trees are reshaping and expanding the nature of their work. Many said they are spending more time on tree removal than ever before — taking down dead or unhealthy trees, or trees damaged or felled by storms.”

Now, in this paragraph, the author doesn’t exactly blame the trees’ vulnerability on climate change. She just implies it. But even her phrase seems like an inappropriate cliché. Is climate change accelerating? That is, are we having a greater and faster turnover of weather experiences? I doubt it. The author must mean the climate is getting worse, and getting worse faster, although she doesn’t define how the climate is getting worse. We’re supposed to know.

“Many species — including ash, oak, maple, hemlock, elm, and white pine — have their own particular pest or disease threatening them.”

Okay so far. But she goes on:

“And there are more pests and diseases on the horizon, including insects like the spotted lanternfly and infections that weakened trees cannot fight off.”

“On the horizon?” That can’t be the point of the Times’ story, which is that New England trees are sick now and there aren’t enough arborists now to take care of them. She quotes an arborist at UMass Amherst: ”Graduates specializing in arboriculture ‘have so many jobs waiting for them, they get to pick and choose.’”

This Must Be the ‘Changing Climate’

Now she addresses all the ills these trees face:

“Many trees are also stressed by bouts of drought or intense rain, by rising temperatures and changing season length, by extreme weather—by all the various manifestations of climate change—as well as by air pollution and by invasive plants choking or displacing them. The list of threats is long, synergistic, and growing rapidly, which means that trees do not have sufficient time to recover and adapt.”

She is describing changing climate here. But really, is this any different from life as usual? It is true that Massachusetts is going through a period of drought, but the drought is not severe in the western part of the state. And, somewhat surprisingly, this drought is not greater than well-known droughts in Massachusetts in the past. Nor are  intense rain and “extreme weather”  unusual. (I lived in Massachusetts for seven years and it was cold, and the snow was deep. I also lived through the worst Massachusetts drought in recent history but, I am sorry to say, I only noticed the beautiful sunsets). The reference to air pollution seems questionable since the cleanup of our air is one of the great environmental success stories.

“They visited an ash being treated for emerald ash borer, an invasive insect that has killed tens of millions of trees, according to the United States Department of Agriculture.”

An invasive insect, the emerald ash borer, came to the United States from Asia in 2002, carried by packaging made from ash. So that can’t be due to climate change.

One of the major areas in need of tree service is “utility”arboriculture. That means cutting and treating trees that interfere with power lines (which are often above ground in older communities).

“The demand, which [an arborist] said is outpacing supply, has been driven by regulations drafted after power failures, by storms, by fires and by pests.”

The author is not unaware of the history of trees in New England. This is the second regrowth, she explains. First, trees replaced farmland; second, after those trees were logged, the forests grew again. That reminded me of a famous 1995  article by environmentalist Bill McKibben in the Atlantic, “The Green Explosion.” He said:

“This unintentional and mostly unnoticed renewal of the rural and mountainous East—not the spotted owl, not the salvation of Alaska’s pristine ranges—represents the great environmental story of the United States, and in some ways of the whole world.”

Perhaps, 25 years later, that beautiful regrowth is simply aging? One resident of Colrain, in the northwestern part of the state, wrote in her local newspaper, “[T]he large trees in the State forests I remember in the 1940s and 1950s. . . .are past mature, and dying of rot and disease,  make walking in these forests almost impossible and are often a fire hazard.”

My advice: let the people of Massachusetts stop worrying about climate change and just prune the trees!