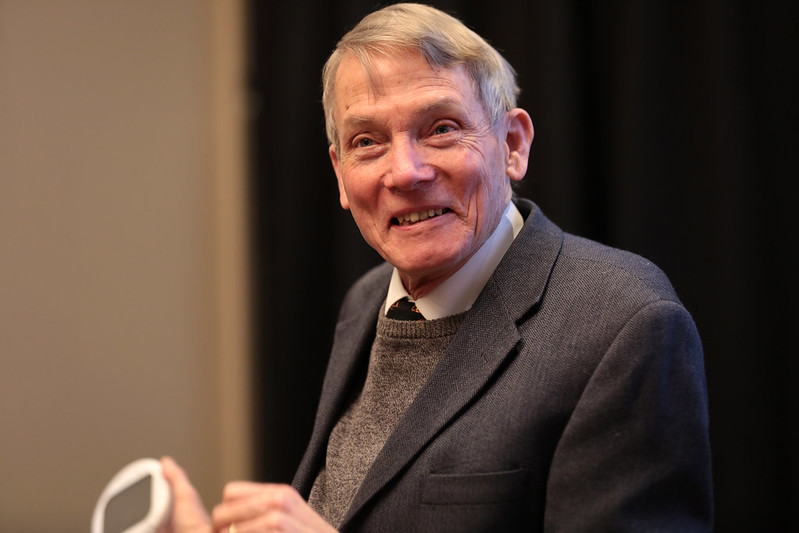 Steven Koonin, a Harvard physicist,  has written a book challenging the view that climate science is “settled” —indeed,  the name of his book is Unsettled, and Sterling Burnett’ reviewed it on this blog.

The book has garnered attention in part because of Koonin’s Obama-era credentials. He served in the Obama administration as undersecretary for science in the Energy Department and helped shape the Obama climate policy. He can be considered part of the science “establishment.”

Will his analysis of how little we know about the changing climate alter the Biden administration’s  claims of catastrophe global warming? We shall see. I have not found glowing reviews in mainstream media, except for the Wall Street Journal and Forbes. His bio in Wikipedia is little more than a snippet.

Before we laud Koonin too much I would like to remind readers of other highly respected dissenters from the so-called “consensus.”  Because they have not broken away from the establishment, they don’t always get the same attention, and what they do get is often unfair and negative.

Many brilliant scientists are skeptical about apocalyptic climate change predictions. One, of course, was the late Fred Singer, whose last book, the third edition of Hot Talk, Cold Science, was published this year. I will write more about this physicist, a pioneer in fields ranging from stratospheric ozone to subatomic particles.

Here, I want to show the impressive credentials  of some living scientists who have been slurred as “deniers” (a slur because that term was originally used to describe people who denied the Holocaust).

If the list is unfamiliar, read this biographical excerpt about Richard Lindzen:

“Already in his Ph.D. dissertation, Lindzen made his first significant contribution to science, laying the groundwork for our understanding of the physics of the ozone layer of the atmosphere. After that, he solved a problem that had been discussed for over 100 years by some of the best minds in physics, including Lord Kelvin, namely, the physics of atmospheric tides (daily variations in global air pressure). Next, he discovered the quasi-biennial oscillation (QBO), a cyclical reversal in the prevailing winds in the stratosphere above the tropical zone. Then, Lindzen and a colleague proposed an explanation for the ‘superrotation’ of the highest layer of Venus’s atmosphere (some 50 times faster than the planet itself), a model that is still being debated.”

This impressive excerpt comes from a biography of  Lindzen published on the “Best Colleges” website. He was one of 15 distinguished climate scientists on the site’s list. Yet Lindzen is frequently dismissed by the media as not worthy of the public’s attention. Furthermore, on March 31, 2021, the “Best Colleges” site replaced the article with a shorter list. No Lindzen. No skeptics. Thus the description is no longer available on the site.

That’s how prominent experts are written out of climate science by those who ought to know better.