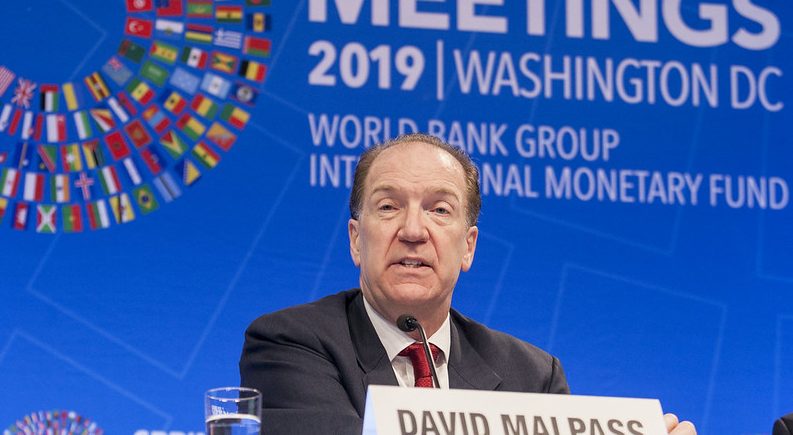 “President Biden should work for the removal of the head of the World Bank, former Vice President Al Gore said on Tuesday, calling him a ‘climate denier’ at an event coinciding with the United Nations General Assembly.

“Hours later, David Malpass, the development bank’s president, defended his record on climate, but refused to say directly whether he accepted the scientific consensus that the burning of fossil fuels is dangerously warming the planet.

On Sept. 22, the New York Times amplified the story by saying:

“Pressed three times, Mr. Malpass would not say whether he accepted that man-made greenhouse gas emissions had created a worsening crisis that is already leading to more extreme weather.

“This week, Mr. Malpass’s refusal to acknowledge that the burning of fossil fuels is rapidly warming the planet exposed a debate inside and outside of the institution about whether the bank is doing enough to help nations that are now struggling with devastating floods, heat, drought and other impacts, and whether its financing of new oil and gas projects is exacerbating the problem.”

“This seeming nonevent developed into front-page news at the New York Times. Calls for Mr. Malpass’s resignation began, including from the White House, despite Mr. Malpass subsequently clarifying that he does believe greenhouse gases cause warming. One wonders where this outrage was when Supreme Court nominee Ketanji Brown Jackson declined to define the word ‘woman’ in her confirmation hearings, pleading, ‘I’m not a biologist.’”

Milloy also warned that Republicans need to prepared for the “gotcha” questions designed to throw them off guard and open them up to media (and other) attacks.