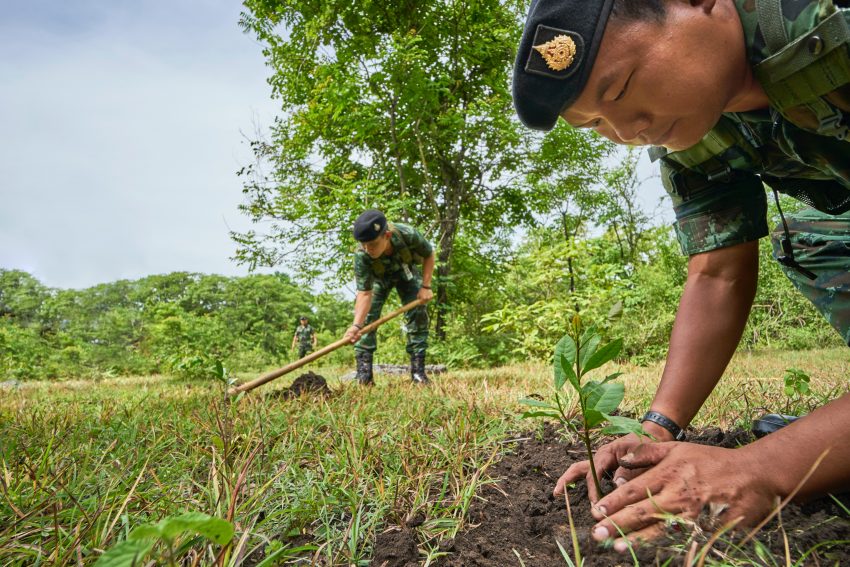 It sounds great. Campaigns are underway with the goal of  planting trees around the globe; the World Economic Forum has an initiative to plant 1 trillion new trees. The aim of these programs is to reduce climate change, encourage biodiversity, and provide local employment.  But, according to Benji Jones at Vox, “There’s just one problem: These campaigns often don’t work, and sometimes they can even fuel deforestation.”

Jones then tells remarkable stories of high hopes—by scientists as well as politicians—dashed by reality. What makes these stories striking is the broad claims made for tree-planting and the almost simultaneous widespread reports of failure.

In 2018, a Science magazine article cited  “global tree restoration as one of the most effective carbon drawdown solutions to date.”

But the article was hit with severe criticism, with an “erratum” published in Science in May 2020. Writes Jones:

“While many scientists criticized the paper, the idea behind it—that we can plant our way out of climate change, while simultaneously solving other problems like biodiversity loss—has stuck around. It’s a charming notion that’s much easier for companies or countries to act on, compared with doing the hard work of slashing greenhouse emissions.”

And this month an article in Nature Sustainability studied tree-planting in India and concluded that “tree plantings have not, on average, increased the proportion of forest canopy cover and have modestly shifted forest composition away from the broadleaf varieties favored by local people.”

Jones includes a few spectacular failures, such as this one in Mexico:

“The program known as Sembrando Vida, or Sowing Life, pays farmers to plant trees on their land, but in some cases, they would clear a chunk of forest before putting seedlings in the ground. One analysis by the World Resources Institute, an environmental group, suggests that it caused almost 73,000 hectares of forest loss in 2019.”

“Instead of focusing on planting huge numbers of trees, experts told Vox, we should focus on growing trees for the long haul, protecting and restoring ecosystems beyond just forests, and empowering the local communities that are best positioned to care for them.”

Image from Dimitry Drever of Unsplash.com

3 thoughts on “The Folly of Massive Tree Planting”