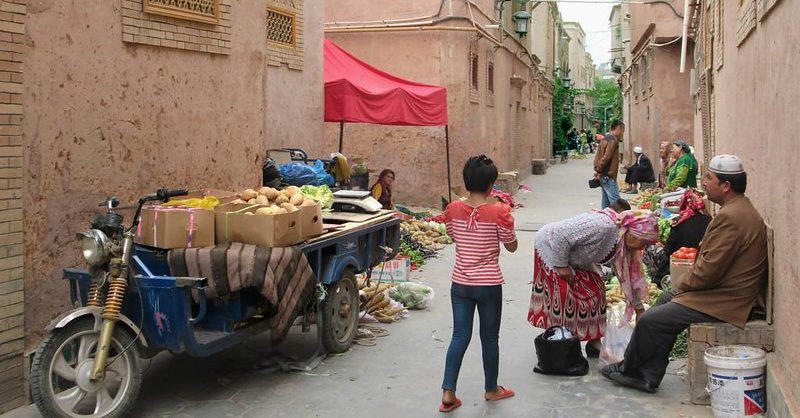 Three writers from the Breakthrough Institute plead for the solar industry to stop  relying on solar panels made by oppressed Uyghurs in Xinjiang, China. Seaver Wang and Juzel Lloyd and Guido Núñez-Mujica write:

“[E]xtensive evidence of government-organized forced labor programs and numerous other crimes against humanity in the XUAR [Xinjiang Uyghur Autonomous Region] has come to light, yet downstream solar photovoltaic companies remain hesitant to quickly and fully distance themselves from low-cost suppliers with operations in the region.”

Their new Breakthrough Institute paper, “Sins of a Solar Empire,” cites a United Nations report from August, which identified in the Xinjiang province “serious human rights violations in the context of the Government’s application of counter-terrorism and counter-‘extremism’ strategies.” Those violations were directed primarily at the Uyghurs and other Muslims.

The photo of a street in Kashgar, part of the Uyghur community, was taken by David Stanley and is licensed by Creative Commons.