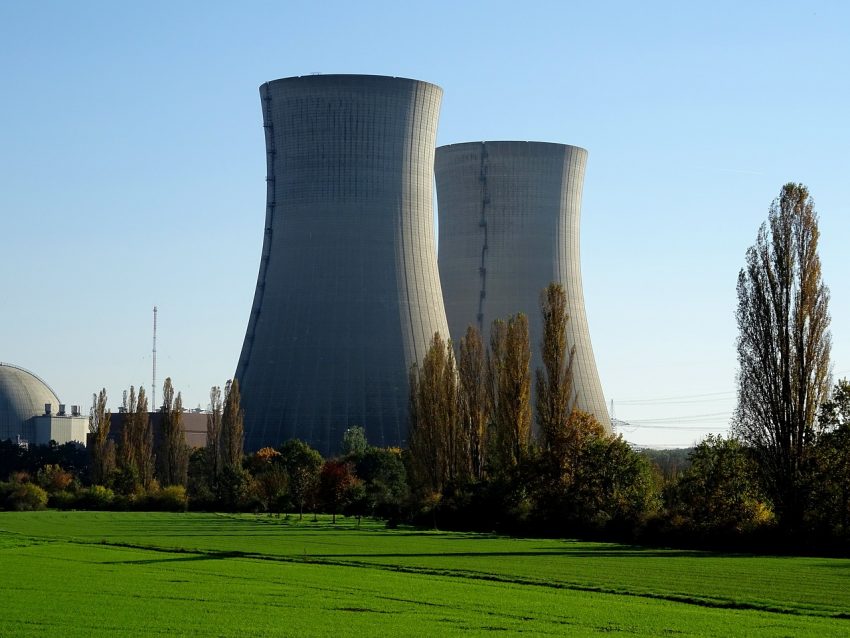 A role for nuclear power in reducing carbon dioxide emissions is beginning to gain traction. The New York Times recently recommended it, and high-profile environmentalist Michael Shellenberger is an advocate. We asked Robert L. Bradley Jr. where nuclear power should fit  in the future energy mix.  Bradley is a widely respected energy analyst, founder of the Institute for Energy Research, and chief author of Master Resource, a free-market energy blog.

Q1. What role should nuclear power have in the years ahead?

“Let the market decide” is the straightforward classical-liberal, free-market answer. This means government neutrality in terms of not subsidizing or penalizing one energy technology versus another to determine what, when, where.

The decision to build new capacity, or the decision to operate-versus-retire, should be based on stand-alone economics, without government favor or penalty.

Q2. Under this standard, what is the future of nuclear in the energy mix as far as new capacity?

Not good, at least here in the United States. New nuclear capacity creates output at costs far in excess of the market price of power. Far cheaper kilowatt hours are generated by natural gas combined-cycle plants that can be built to scale quickly with less risk. The revolution in producing natural gas from shale has added to the competitive advantage of natural gas versus nuclear, which was already substantial.

Q3. Has nuclear ever been competitive?

No, and this is a point to remember. The “Atoms for Peace” program that developed after World War II was entirely a governmental initiative. Not only did the government subsidize the development of nuclear plants, it provided crucial liability protection through the Price-Anderson Act. Private insurance was just not going to be available for such a new, risky technology.

Nuclear also got a crucial boost because states regulate power producers as public utilities. The high cost of nuclear plant construction would help utilities maximize (“swell” to critics) their rate base, leading to higher profits.

Q4. How exactly did this work?

Under cost-of-service regulation, a utility passes its “reasonable” costs to consumers and receives a “reasonable” return on invested capital. The higher the capital cost, the greater the potential return. Because nuclear capacity has always been much more expensive than coal- or gas-fired plants, the returns are higher.

For example, if a nuclear plant costs $100 million more to build than a similarly sized gas-fired plant, and the government-authorized rate of return is 15 percent, then the choice of nuclear creates $15 million more in annual profits, adjusted for depreciation.

That is partly true. No doubt, regulators would err on the side of caution. But making a very complicated, dangerous technology foolproof requires a lot of infrastructure. Nuclear is “the most expensive way to boil water” because of this.

Q6. So how much regulation is necessary?

This should be a question for the private insurance market rather than the current setup of government-capped liability limits and pooled premium costs. The Price-Anderson Act would need to be repealed to find out, via insurers, what is reasonably safe or not.

Q7. What about existing nuclear capacity in the United States?

This capacity has been built, creating large sunk costs, and the operating (marginal) costs are low compared to most existing and certainly new capacity. And nuclear operations have become much more efficient, particularly with “deregulated” merchant plants (stand-alone plants that are free from public-utility regulation) that get to keep all profit. This advantage changes, of course, when a plant becomes run down and problematic to fix.

Q8. Why has that nuclear capacity been retired?

Call it an unintended consequence of government intervention, which, by the way, works against the climate change agenda of reducing carbon dioxide (CO2) emissions.

Because wind and solar do not have fuel costs once their infrastructure has been built, they have the lowest incremental costs. Thus, they get taken first to meet demand. This means that renewables not only idle gas- and coal-fired plants but lower the margins for nuclear, resulting in early retirements.

Keep in mind that the average cost of wind and solar is much higher than existing capacity from the so-called reliables due to very high infrastructure and integration costs. Such capacity would not have been built in the first place except for a raft of government mandates and favors.

Q9. So wind and solar are government-subsidized, and such subsidies have hurt nuclear power. Should victimized nuclear capacity get government support to cancel out this distortion to ensure grid reliability or to reduce carbon emissions?

Do two wrongs make a right? The answer is to remove the existing intervention rather than try to fix it with new intervention. It is ironic that renewables have distorted the carbon-free generation sector, but the policy reform should be toward markets, not against them. That points toward ending the outsized favor toward politically correct, economically incorrect renewables, wind and solar.

No. I do appreciate his work toning down climate alarmism, as well as documenting the problems of renewables as an affordable, reliable, scalable resource. But I do not favor government “bailouts” of existing plants or subsidies to enable new capacity.

New nuclear plants are just not competitive or timely—by a long shot. Georgia Power’s Plant Vogtle 3 and 4, still under construction, has been a nightmare of delays and cost overruns. Gas-fired capacity could have been built at one-tenth the cost and been in service years ago.

Q11. What are new-generation technology for nuclear that we hear about?

A new design being promoted by Bill Gates’s TerraPower for Wyoming has already received $80 million in U.S. Department of Energy funds—and for a not-yet-started project that will take an estimated seven years to build. NuScale Power’s proposed project is greenlighted to involve as much as $1.4 billion of DOE money.

Q11. Without nuclear power, what are the chances of the U.S. reaching the stated goals of cutting carbon dioxide emissions by 50 percent from 2005 levels by 2030?

First, this goal is impossible and pernicious. Second, with nuclear capacity retiring and with new capacity limited for political and economic reasons, nuclear is not going to make much of a difference by 2030 or a decade hence.

Q12. So what is the future energy mix in a free market? And how does this square with the goal of so many for a “carbon constrained” world?

Here in the U.S., natural gas-fired capacity is the consumer-friendly, taxpayer-neutral choice for new power generation. Coal has its place with state-of-the-art, low-polluting plants. Wind and solar, on the other hand, are not competitive sans government and have reached blackout (“greenout”) levels in California and Texas. More states can be expected to join this list too.

Fossil-fuel-fired generation has a lot of room to grow in a true free-market setting.

2 thoughts on “The Proper Role for Nuclear Power? Not a Big One, Says Energy Expert”