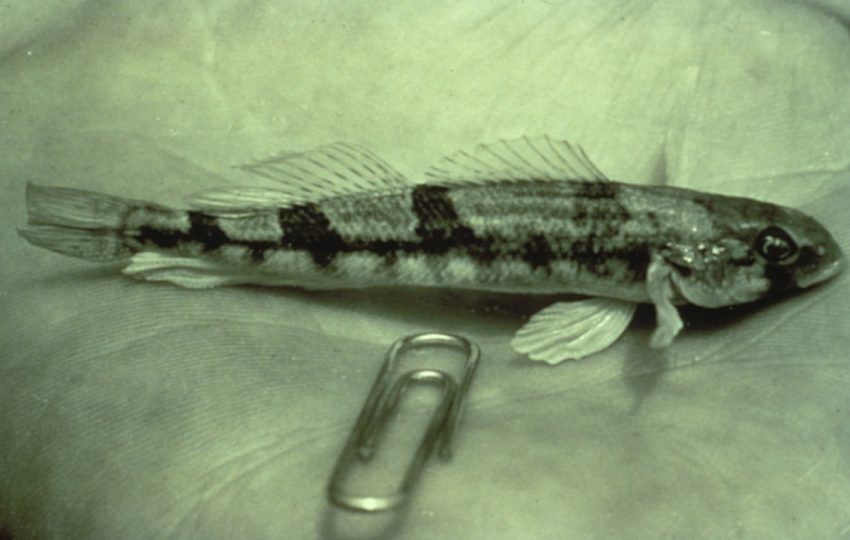 Remember the snail darter (or, more likely, hearing about it)? In 1975, the Endangered Species Act temporarily halted construction of the Tellico Dam on the Little Tennessee River because it would endanger the habitat of the snail darter, a three-inch fish (shown above).

The snail darter will be taken off the list, reports Dino Grandoni in the Washington Post. Fish and Wildlife Service officials have announced that “the fish is no longer at risk of extinction after being transplanted to other rivers and discovered in locations beyond the dam’s reach,” says the Post.

The Endangered Species list has hundreds of species that are protected. Few have ever come off the list. “During its half-century on the books, the Endangered Species Act is credited with saving the bald eagle, American alligator, humpback whale and now the snail darter,” says the Post.

Some facts about the controversy and the recovery of the snail darter:

The Fish and Wildlife Service also moved the snail darter to other rivers to create additional populations.

“[B]eginning in 1981, TVA began studies to improve conditions in the tailwaters of their dams. The cold, oxygen-deficient water released from the bottom of many of the dams created conditions that eliminated many fish and mussel species from these areas. Through the RRIP, TVA began implementing strategies to increase minimum flow, dissolved oxygen, and, in some cases, temperature, in the tailwaters of their dams beginning in 1991 (Bednarek and Hart 2005, p. 997).

Image of snail darter is from the Fish and Wildlife Service and is in the public domain.