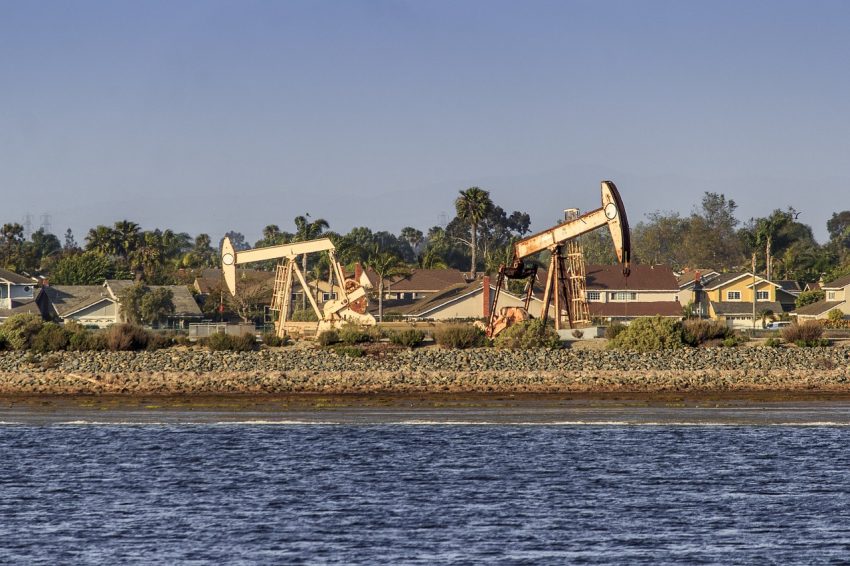 President Joe Biden’s climate and energy policies are one critical factor in his sinking poll numbers and in the dwindling chances that the Democrats will keep either house of Congress in the mid-term elections.

Biden’s and the Democrats’ fortunes are falling almost as fast as the average American’s energy, food, and fuel prices are rising. Energy is the lifeblood of the economy. Energy abundance and the low prices it brings create jobs and keep the economy humming. Biden has ignored this fact to the detriment of consumers and employment, and put him and his party in electoral peril.

President Donald Trump promoted an America-first policy that led to U.S. energy independence for the first time since the 1950s. Biden and the Democrats, by contrast, see America as a small, mostly cancerous actor on the world stage, part of the international order we should bow down to and ask forgiveness from. His energy policies put America last.

Beholden to radical environmental funders who were critical to getting him elected, Biden kept his word and, as one of his first acts in office, cancelled the Keystone XL pipeline partnership with Canada. This action alone may have been the first time in history a president on his first day in office intentionally acted to kill thousands of American jobs and disrupt critical infrastructure. It also told our allies, America can’t be trusted to keep its word.

In the following days Biden implemented a moratorium on new oil and gas leases. Relatively quickly, a federal court found Biden’s moratorium illegal, ordering the administration to resume lease sales as the law demanded. For months the Biden administration thumbed its nose at the court’s ruling and refused to resume leasing, only doing so months later under threat of court sanctions. This has proven to be a pattern with the Biden administration: impose a regulation and when the courts strike it down, ignore the court ruling, and continue acting as if the regulation still has the force of law, only later to back down.

Despite rescinding federal approval of the Keystone XL and supporting or leading efforts to block other pipelines, the Biden administration waived sanctions the Trump administration had imposed on Russia’s Nord Stream 2 pipeline intended to deliver natural gas to Germany. This “pipelines for thee, not for me” action is directly at odds with Biden’s domestic efforts to fight climate change and undermines U.S. interests, including our efforts to expand U.S. liquefied natural gas (LNG) exports to the region.

Disruption Is the Result

Subsequently, Biden has proposed methane emission policies that would make it harder and more expensive to develop, store, and transport oil and natural gas, and increasing the fees and royalty rate paid to the federal government by oil and gas producers.

Federally restricted production and delivery of oil and gas, and uncertainty concerning further restrictions, have combined with rising demand for energy as the people started going back to work as the pandemic lockdown eased up in higher prices at the pump and everywhere else.

Because energy is an input into every other good, either in production, transport, storage, or all of the above, consumer prices have risen across the board, especially for food. If you like inflation, you’ve gotta love Biden and the Democrats’ energy policies.

And because energy policies here impact on energy supplies globally, energy shortfalls and higher prices have even contributed to the supply chain problems.

As high oil and gas prices began to hammer average citizens’ pocketbooks, and more importantly to Democrats their poll numbers and electoral prospects, Biden went hat in hand to OPEC pleading with Saudi Arabia and other OPEC members to open up the spigots and release more oil into world markets to moderate prices. Domestic producers rightly criticized this embarrassing show of weakness, asking why the administration would support OPEC producing more oil rather than expanding production here, producing jobs in the U.S. and enhancing our energy and economic security. Does oil from OPEC not emit greenhouse gases?

To be clear, in less than four years, Trump broke OPEC’s stranglehold over U.S. energy markets. By comparison, in less than a year, Biden has once again made us beholden to often hostile foreign powers for a growing portion of America’s energy needs.

As noted by Forbes, there are multiple ironies inherent to Biden’s begging OPEC for oil. Not the least is that the Biden administration “asked OPEC to pump more oil, undermining its COP26 messaging of reducing fossil fuel consumption.” Indeed, getting oil to the U. S.  from OPEC nations increases emissions, relative to producing it in the U.S. and shipping it for relatively short distances by less- polluting pipelines and rail. The additional oil Biden requested from OPEC is produced under laxer environmental rules and laxer enforcement and must be shipped from thousands of miles away. If you know anything about alarmists’ claims about climate change, you know shipping is a significant source of the emissions they worry about.

After OPEC declined Biden’s request to shore up Democrats’ reelection prospects by putting more oil on the market to moderate the prices at U. S. pumps, Biden decided on a desperate and dangerous path to reduce prices. The policy was not, as one might reasonably expect, to loosen restrictions on domestic production and rescind threatened regulations, which would put the U.S. once again on the path to energy sovereignty, but rather to release oil from the U.S. Strategic Petroleum Reserve (SPR).

The SPR is an emergency stockpile of petroleum maintained by the United States Department of Energy, established in 1975 after oil supplies were interrupted during the 1973–1974 oil embargo, to mitigate future supply disruptions in cases of international crises or war. The SPR was not instituted as a plaything to help presidents manipulate energy markets or win elections, but that’s what Biden is using it for. With this release, the U.S. will have fewer reserves to draw on should a true emergency, like a war or large-scale natural disaster, disrupt supplies. It should be noted that releasing oil from the SPR is no more climate-friendly than allowing increased domestic production.

Despite his purported concern about reducing greenhouse gas emissions to prevent climate change, Biden’s policies are a contradictory mishmash that restricts some emissions while encouraging others. The only consistent theme I can find running through Biden’s wild-mood- swing energy initiatives it is that they reduce American sovereignty and energy security, while encouraging the ambitions and economic prospects of foreign autocrats, who also happen to be the competitors for U.S. economic and geopolitical influence.

If there is one bright spot flowing from Biden’s bi-polar energy policies it is that the high costs and economic harm they are causing are a critical factor in his and Democrats low approval ratings. Should the next year mirror the past, it likely means Biden is a one-term President, and Democrats are a one-term party in power.

One can then hope that whoever follows him in office and the party that controls Congress shifts back to putting America’s interest and its people’s well-being first. That means shifting policies back toward those adopted by Trump that made U.S. energy independence a reality, providing low energy prices that primed job creation and a growing economy.