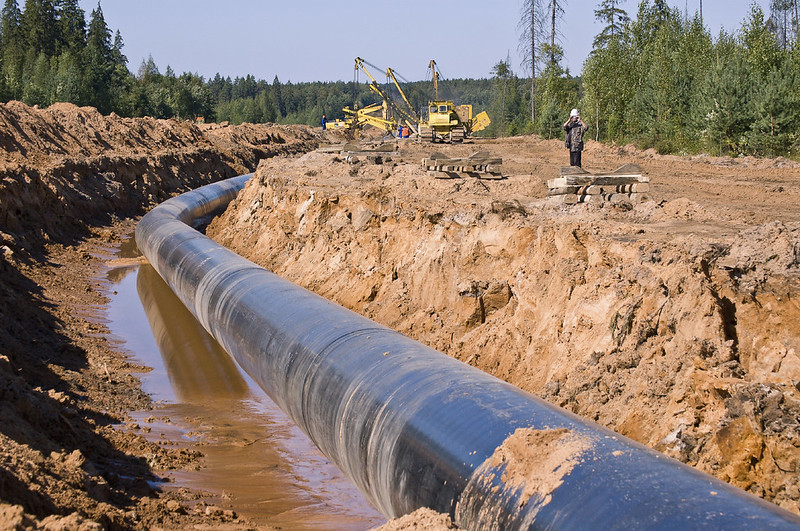 Why? It would make it harder to meet their carbon-dioxide emission goals, say Oregon, California, and Washington officials.

The pipeline sends gas from the Canada-Idaho border to Oregon, where it is sold to customers in all three states. The company wants to increase the transmission by 150 million cubic feet per day, an investment that would cost $355 million.

“In their petition, the attorneys general argued that allowing more natural gas to flow from Canada to the U.S. would harm the states’ efforts to combat climate change as the region shifts to renewable energy sources.”

“The attorneys general said the proposal would  ‘primarily serve the interests of Canadian gas producers in gaining market share, not the needs of American consumers’.”

H-T RealClearEnergy. Image of a gas pipeline under construction from the National Parks and Conservation Association under  a Creative Commons license.