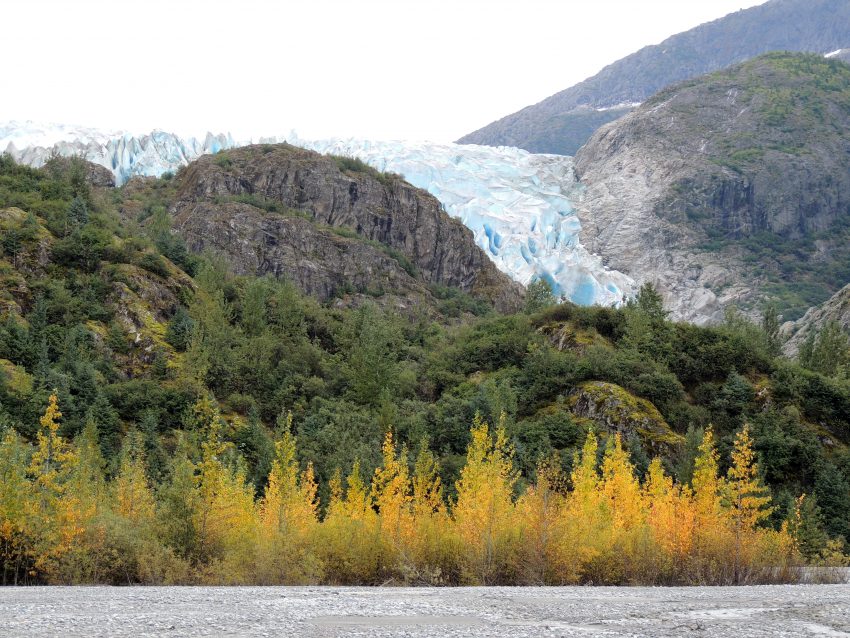 Tucked away under all the election news is a major deregulatory action by President Trump. The U.S. Forest Service has removed logging restrictions on about 9 million acres of the Tongass National Forest in southeast Alaska.

The action is sweeping but, on the other hand, it will not change what happens in the forest very much. Trump’s action was to lift a rule that President Clinton had put in place in 2001 called the “Roadless Rule.” It prevented road-building throughout the 9 million area. That meant no logging.

Now, as the Forest Service stated on October 29, that rule has been lifted. However:

“although 9.4 million acres would no longer be subject to the 2001 Roadless Rule with the final rule, only 186,000 more acres would become available for timber production, and road construction is estimated to increase Tongass-wide from 994 miles in the no-action alternative to 1,043 miles in the final rule over the next 100 years.”

In other words, not a lot of change.

Some perspective: The Tongass stretches over almost 17 million acres along the Inside Passage of southern Alaska. It includes within its boundaries Misty Fjords National Monument, a national park about 2 million acres (about the size of Yellowstone Park), and Admiralty Island National Monument, nearly 1 million acres. Even with the lifting of the Roadless Rule, about one-third of the forest remains wilderness, the most protective designation for federal lands.

Nevertheless, environmentalists are upset. “Trump to strip protections from Tongass National Forest, one of the biggest intact temperate rainforests,” was the Washington Post’s headline, and it wrote:

“’While tropical rainforests are the lungs of the planet, the Tongass is the lungs of North America,’ Dominick DellaSala, chief scientist with the Earth Island Institute’s Wild Heritage project, said in an interview. ‘It’s America’s last climate sanctuary.’”

If it was “America’s last climate sanctuary,” last week, it remains that today.

While the Tongass is remote, its location along Alaska’s southern coastline makes it more accessible to both visitors and timber companies than much of the state. The forest has a long and complicated political history involving seizure of Indian lands, extensive clear-cutting by native-owned companies, and Forest Service subsidies for logging (at one time Congress mandated a subsidy of $40 million per year for logging). It has been the subject of many court cases by environmentalists. We can expect more such cases. Says the Post:

“Environmentalists, who have successfully blocked a slew of timber sales on the Tongass since the early 1970s, said they will challenge the repeal of protections in court.”