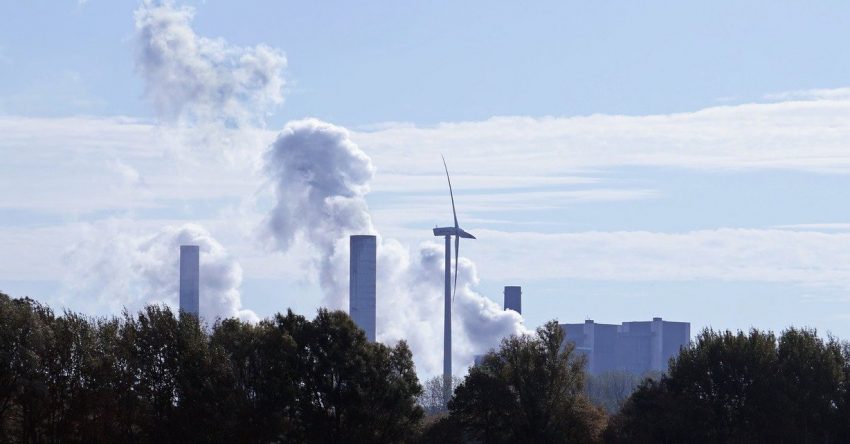 They are all the rage in corporate America and on Wall Street. The idea is to express your commitment to ecological goals through decisions that reduce carbon dioxide emissions in order to reduce global warming. Morgan Stanley, a leading investment bank, has just committed itself to “net-zero financed emissions by 2050,” And “net-zero carbon emissions” are on everybody’s lips, it seems.

But what do these terms mean? Here’s a brief outline.

1.To begin with, the term “net-zero carbon emissions” is inaccurate, because the emissions we are concerned about are carbon dioxide, not carbon. If a factory were emitting much carbon, it would look like smoke. Sometimes journalistic pictures imply that carbon dioxide is smoke (see for example this cover of the Economist). It is not. It is an invisible gas that spurs vegetation. Through photosynthesis, plants draw carbon dioxide from the air and combine it with nutrients to create sugars and thus grow. Of course, carbon dioxide also has a warming effect, which is why so many people are so worried about it.

2. That said, companies like Amazon are pledging to produce “net-zero emissions” by a certain date, in Amazon’s case 2050. While Amazon admits (in its own TV commercial) that its executives aren’t sure how they will reach that goal, they are trying. One big step is to switch Amazon’s delivery fleet to electric vehicles.

But there is a significant debate over whether electric vehicles “on net” reduce emissions. True, they produce little carbon dioxide themselves; but on the other hand, they need electricity and that means power plants. In other words, they shift the source of the carbon dioxide.

Power plants are going through major changes, but we still have coal-fired and natural gas-fired power. So far, wind energy and solar energy represent a small and somewhat unreliable source of power. Thus, net-zero emissions from electric cars remain in the future.

Google has been vigorously investing in renewable energy projects. and its CEO, Sundar Pichai, proudly states, “We were the first major company to match our energy use with 100 percent renewable energy in 2017.” But that does require an explanation, which I’ll let Google’s senior vice president for technical infrastructure, Urs Hôlzle, do for us:

Google is aiming at being totally powered by renewable energy by 2030.

3. Fossil fuel producers like Shell and BP have also been promising a net-zero future.

Completely zero carbon dioxide is not likely (after all, we all exhale carbon dioxide!). While gradually shifting to wind and energy, companies like ExxonMobil will have to get to “net zero” by paying for other carbon-reducing projects.

There seem to be two ways to reduce carbon in the atmosphere other than directly cutting emissions. One is to plant trees or other vegetation, which are carbon “sinks.” As suggested above, through photosynthesis, they draw in carbon dioxide and combine it with other elements needed for growth. For example, a farmer in Daphne Prairie, Texas, may be compensated for adding to (or perhaps just keeping) his prairie.

The other option is carbon capture projects, although, to be frank, most of those seem to be in the future. While fossil fuel companies are working on this, it’s more likely that they will pay off tree-planters and grass-planters for now.

4. One thing we know is that carbon offsets are tricky. How do you measure them? And if someone is paying to not cut down trees, how can that be a reduction in emissions from what is going on now? Lisa Song, writing for ProPublica, gathered up many examples and wrote:

“In case after case, I found that carbon credits hadn’t offset the amount of pollution they were supposed to, or they had brought gains that were quickly reversed or that couldn’t be accurately measured to begin with. Ultimately, the polluters got a guilt-free pass to keep emitting CO₂, but the forest preservation that was supposed to balance the ledger either never came or didn’t last.”

5. Now let’s turn to Morgan Stanley’s “net zero financed emissions.” This is part of the ripple of guilt going through Wall Street called ESG investing (environmental, social, and governmental investing). The idea is that big firms that invest billions of dollars in industry ought to consider whether their funding is harming or helping the state of the world.

To some, this means reducing investment in fossil fuel companies. But even though Morgan Stanley claimed to be the first on Wall Street to promise net zero by 2050, how that will happen is hazy at best. Catherine Boudreau, writing in Politico, called the Morgan Stanley announcement  “bare-boned, ” adding, “It came with no road map for how to achieve that target, no interim milestones to meet between now and the next three decades, and no clarity on whether it plans to phase out investments in the fossil fuel industry or in companies that contribute to deforestation.”

Indeed, there seem to be some cagey semantics at work in this  field. In Institutional Investor, Alicia MacElhany reported the University of California’s chief investment officer’s statement that the university’s assets are “fossil free.” However, the university defines fossil free as not having investments in companies that own oil or gas reserves. They can and do invest in “midstream” and “downstream” companies such as  “Halliburton [the big oilfield services provider], pipeline company Phillips 66 Partners, and petroleum refinery firm Valero Energy.”

So I’m a little suspicious about what it all adds up to.