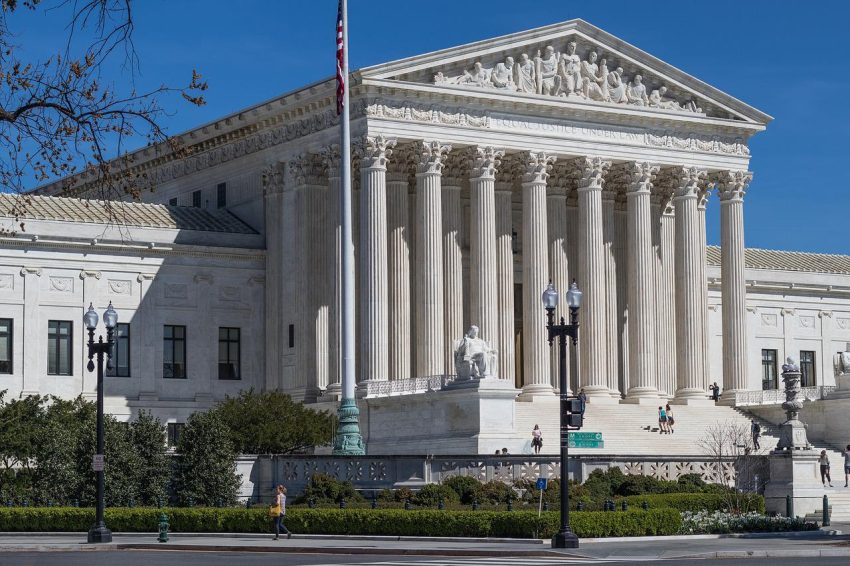 On June 30 the Supreme Court, by a 6-3 vote, decided that the Environmental Protection Agency’s Clean Power Plan, a major change in the way carbon dioxide from power plants would be regulated, had exceeded the agency’s authority. (The plan had not gone into effect, partly because of multiple legal challenges, which  ended on Thursday.) The decision in West Virginia vs. EPA prevents the administration from using Clean Air Act provisions (including an obscure one) to vastly expand its power.

Thus, a major Biden administration tool for cutting back carbon dioxide emissions has been eliminated. Only Congress, the court decided, can give the EPA the authority to regulate as it had hoped to. Why? Drawn from the decision, written by Justice John Roberts, and the explanatory headnote preceding the decision, here is the reasoning.

First, the Clean Power Plan deviated dramatically from past power plant regulation. In the past, when regulating pollutants from power plants, the EPA had sometimes operated along a path set by Section 111(d): the EPA determined what it considered the “best system of emissions reduction” or BSER, based on costs, health benefits, and feasibility. The EPA then set the specific emissions limits at each power plant (the states were supposed to enforce those limits).

But in the Clean Power Plan (first introduced during the Obama administration, then temporarily withdrawn by the Trump administration), the EPA developed the “best system” for reducing carbon dioxide emissions in an entirely different way, even while claiming its authorization was from Section 111(d). It started with the administration’s national goal of reducing greenhouse gases, rather than with a system’s costs, benefits, or feasibility.

This “best system” was designed to do what the EPA calls “generation shifting.” That is, it would force the nation’s power plants to move from “higher-emitting to lower-emitting producers” (p. 2) over time—specifically, to reduce the nation’s use of coal from 38 percent of electricity production to only 27 percent by 2030.

This “generation shifting” would require the nation’s coal plants to move increasingly to natural gas or to be replaced by renewables such as solar and wind power. Thus the EPA moved beyond emissions reductions that could be achieved by in-plant technology.

So the question facing the Supreme Court was whether the EPA was authorized to demand such major “generation shifting” on its own, which Justice  Roberts said had to succeed under the “major questions” doctrine. He clarified:

“Under our precedents, this is a major questions case. In arguing that Section 111(d) empowers it to substantially restructure the American energy market, EPA “claim[ed] to discover in a long-extant statute an unheralded power” representing a “transformative expansion in [its] regulatory authority.” (p 20)

“The issue here is whether restructuring the Nation’s overall mix of electricity generation, to transition from 38% coal to 27% coal by 2030, can be the ‘best system of emission reduction’ within the meaning of Section 111.” (p. 16)

The Court’s answer is no.

Roberts summarized the EPA’s reasoning and then (one might say) mocked it:

“On EPA’s view of Section 111(d), Congress implicitly tasked it, and it alone, with balancing the many vital considerations of national policy implicated in deciding how Americans will get their energy. EPA decides, for instance, how much of a switch from coal to natural gas is practically feasible by 2020, 2025, and 2030 before the grid collapses, and how high energy prices can go as a result before they become unreasonably ‘exorbitant.’

“There is little reason to think Congress assigned such decisions to the Agency.” (p. 25 )

“We also find it ‘highly unlikely that Congress would leave’ to ‘agency discretion’ the decision of how much coal-based generation there should be over the coming decades.” (p. 25)

“Congress certainly has not conferred a like authority upon EPA anywhere else in the Clean Air Act. The last place one would expect to find it is in the previously little-used backwater of Section 111(d).” (p. 26)

Justice Roberts also addressed a different justification raised by the dissenting justices—the benefits of reduced air pollution that would come from the regulation:

“The dissent contends that there is nothing surprising about EPA dictating the optimal mix of energy sources nationwide, since that sort of mandate will reduce air pollution from power plants, which is EPA’s bread and butter . . . But that does not follow.” (p. 26)

“We would not expect the Department of Homeland Security to make trade or foreign policy even though doing so could decrease illegal immigration. And no one would consider generation shifting a ‘tool’ in OSHA’s ‘toolbox,’ . . .  even though reducing generation at coal plants would reduce workplace illness and injury from coal dust.” (p. 26)

In sum, the issue was whether EPA had taken an overly expansive turn, and the majority concluded  it had. The rebuke will have a major impact on the Biden administration’s climate change policy and on other bureaucratic decision-making as well.

Image of the U.S. Supreme Court is  by Mark Thomas from Pixabay.