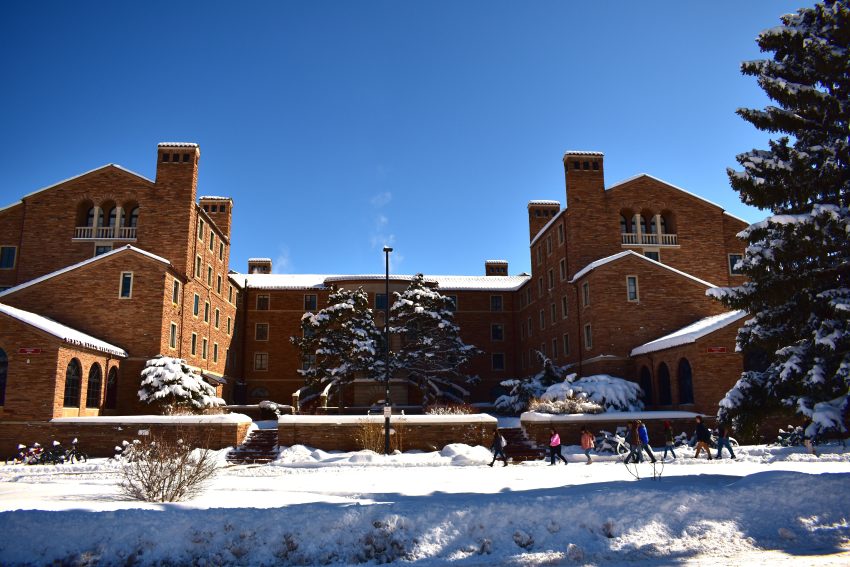 I recently wrote a post about a lecture given by Roger Pielke Jr., a professor of environmental sciences at the University of Colorado Boulder. The lecture was based on the latest report of the Intergovernmental Panel on Climate Change (IPCC) and indicated that carbon dioxide emissions are less than previously expected and that most kinds of extreme weather have not been accelerating.

Pielke’s lecture began with a slide saying  that climate change is “real, serious, and deserving of attention to mitigation and adaptation strategies.”

Yet he has been attacked as a climate denier because he has criticized climate alarmism.

A new report, “The Hounding of Roger Pielke Jr.,” by Donna Laframboise, has just been published by the Global Warming Policy Forum.

Laframboise’s paper covers many false accusations and unfair attacks on Pielke, but most disturbing is the  treatment by his university. The treatment is so petty and so dishonest that it is a parody of university administrative passive aggression.  Here are excerpts from Laframboise’s paper:

“As the [Environmental Studies] department’s first full professor, he is its most senior academic. Nevertheless, he was assigned a windowless, 98-square foot office, reminiscent of the fictional Harry Potter’s cupboard under the stairs. It came with no computer, no telephone line, and no Ethernet connection (Wi-Fi was available).”

“Spokesperson [Andrew] Sorensen says Pielke’s office ‘is in a more recently renovated building than many offices across campus,’ and that ‘there are about 10 offices in the immediate vicinity roughly the same size.’ But an internal document ranking the square footage of office space for all 19 environmental studies faculty members . . . clearly indicates that the department’s three other full professors each occupied offices slightly larger than 200 square feet. . . . No one but Pielke had been squeezed into less than 100 square feet.”

“Pielke says he spent two years asking for an office telephone, and that a line was finally installed during the summer of 2021. But around that time, his desk was pushed onto its side to make room for a delivery of filing cabinets and file boxes. These didn’t belong to Pielke; they are apparently associated with one of the academic programs he used to lead, and should rightly be in storage. Instead, they have now rendered his office unusable.”

Why was his office made unusable?

“When asked, spokesperson Sorensen responded: ‘We don’t have knowledge on phone/ethernet issues. However, our Office of Information Technology would be happy to assist should Professor Pielke have issues in the future.’ Concerning the filing cabinets, Sorensen says ‘Unwanted furniture can be removed via a simple request to our Facilities Management team.’

“The implication is that these bizarre circumstances are Pielke’s fault. . . . Pielke says most of the rest of the department is fully aware that his office is unusable. It’s a running joke, he says, amongst the faculty. This phenomenon has a name. It’s called ‘academic mobbing.’ As Eve Seguin, a professor at the Université du Québec à Montréal explains, this is a collective form of bullying, a ‘concerted process to get rid of an employee.’ It includes public humiliation, ‘tampering with their workstation,’ and false accusations, an onslaught that eventually poisons the entire faculty. (Bold added by me.)

“In a response to questions about Pielke’s situation, spokesperson Sorensen, and Candace Smith, the associate vice chancellor of strategic media relations at CU Boulder, expressed neither concern nor sympathy. After consulting others on campus, neither expressed consternation that a senior professor at their institution is being treated in this manner.”

Image of the University of Colorado at Boulder by Doni Rath on Unsplash.com.