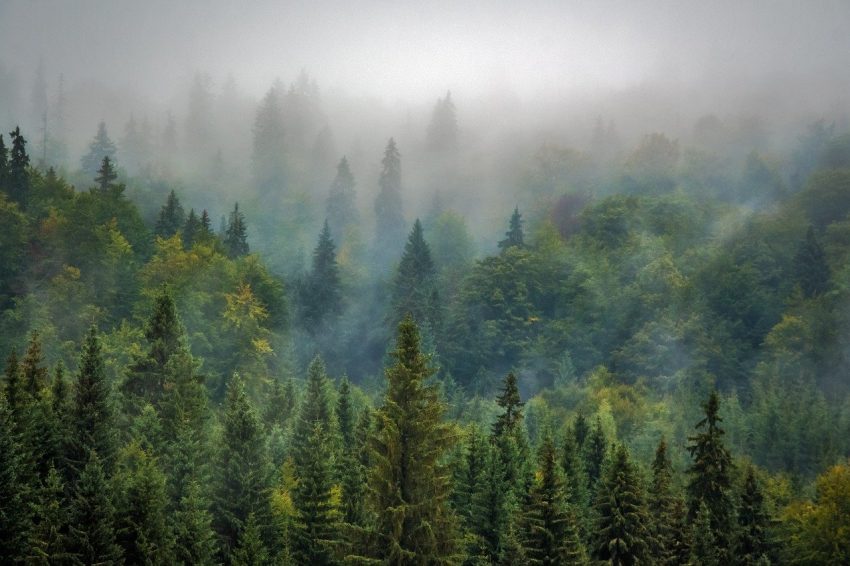 The pressure to “do something” about global warming has created exotic new programs that emphasize reducing output. You might think of them as markets in non-production. I will explain them.

Carbon offsets.  Companies that produce or use fossil fuels are trying to reduce their “carbon footprint” but still continue their business. They are purchasing “offsets”—that is, making investments that reduce carbon-dioxide emissions in order to create a “net-zero” transaction.

A very popular investment of this kind is timberland. Campbell Global LLC, for example, has just been purchased by Wall Street giant J. P. Morgan. Campbell Global, based in Portland, Ore, as the Wall Street Journal explains, “manages $5.3 billion of  timberland on behalf of institutional investors, such as pension funds and insurance companies.”

In the past, that meant growing trees to earn money from cutting them down. Now Campbell Global is also in the carbon-offset business, which means buying forestland but not producing logs and lumber. By halting tree harvests, it is presumably offsetting the use of fossil fuels.

Another example: Norway is offsetting its emissions from increasing its production of oil and gas by purchasing timberland in the African nation of Gabon. (See my discussion here.)

The Wall Street Journal recently reported that carbon credits are “one of the best-performing commodities-related investments of the past year.” But what are they? (Isn’t a commodity something produced like oil, iron, wheat, or pork bellies?)

A carbon credit is a permit to emit a ton of carbon dioxide. A government limits the number of available credits in order to reduce carbon-dioxide emissions. In Europe, carbon emitters bid against each other to obtain the limited number of permits. When the price gets too high for a company, it looks for ways to reduce emissions or even shut down carbon-dioxide producing activity—and that is the goal.

Before this program, when prices of natural gas went up, European companies using fossil fuels would typically use more coal, which is inherently cheaper than natural gas. But coal’s high carbon content requires buying more permits; thus, using it is expensive under EU regulations.

One result is that in 2020, European demand for coal dropped by 15 percent and use of wind and solar increased dramatically.

The truth is, emissions credits have a venerable history, starting in 1970. The EPA wanted electric utilities to cut their emissions of sulfur dioxide, which contributed to acid rain. So it set a limit on how much SO2 each utility could emit. Utilities that found it expensive to reduce their emissions to that point could buy permits from those who could reduce their SO2 production at lower cost. Thus, the goals were met more cheaply than they would be otherwise.

Outside Europe, the main carbon-emissions credits are found in California, eastern United States, and Quebec.

Carbon pricing. A third example of non-production is the “social” pricing of carbon. This pricing is not the result of a market, but rather a way of estimating costs and benefits when a government wants to create a regulation. (Just as market participants weigh the costs and benefits of a trade before buying or selling, regulators are supposed to do the same before regulating.) Ideally, a regulation will only be adopted if the benefits outweigh the costs.

The Biden administration wants to use the social cost of carbon-dioxide emissions as a harm—the harmful effects of future warming—when writing regulations. It has set an “interim” social cost of $51 per ton of carbon.

So, if a regulation curtails carbon dioxide emissions, it provides a “benefit” of $51 per ton of carbon. This $51-per-ton benefit can make a regulation look attractive. (In contrast, the Trump administration estimated the social cost of carbon at between $1 and $7, discouraging regulation.)

In February, the Biden administration issued its methods of calculating the social cost of carbon dioxide. A number of groups are challenging these calculations.

(Thanks to Cooler Heads Digest for identifying these comments.)

Gross domestic product (GDP) was once the sum of all goods and services produced. Now we add a minus to get a supposed plus. A foolish policy, in my view.

Image by Robert Balog of Pixabay.