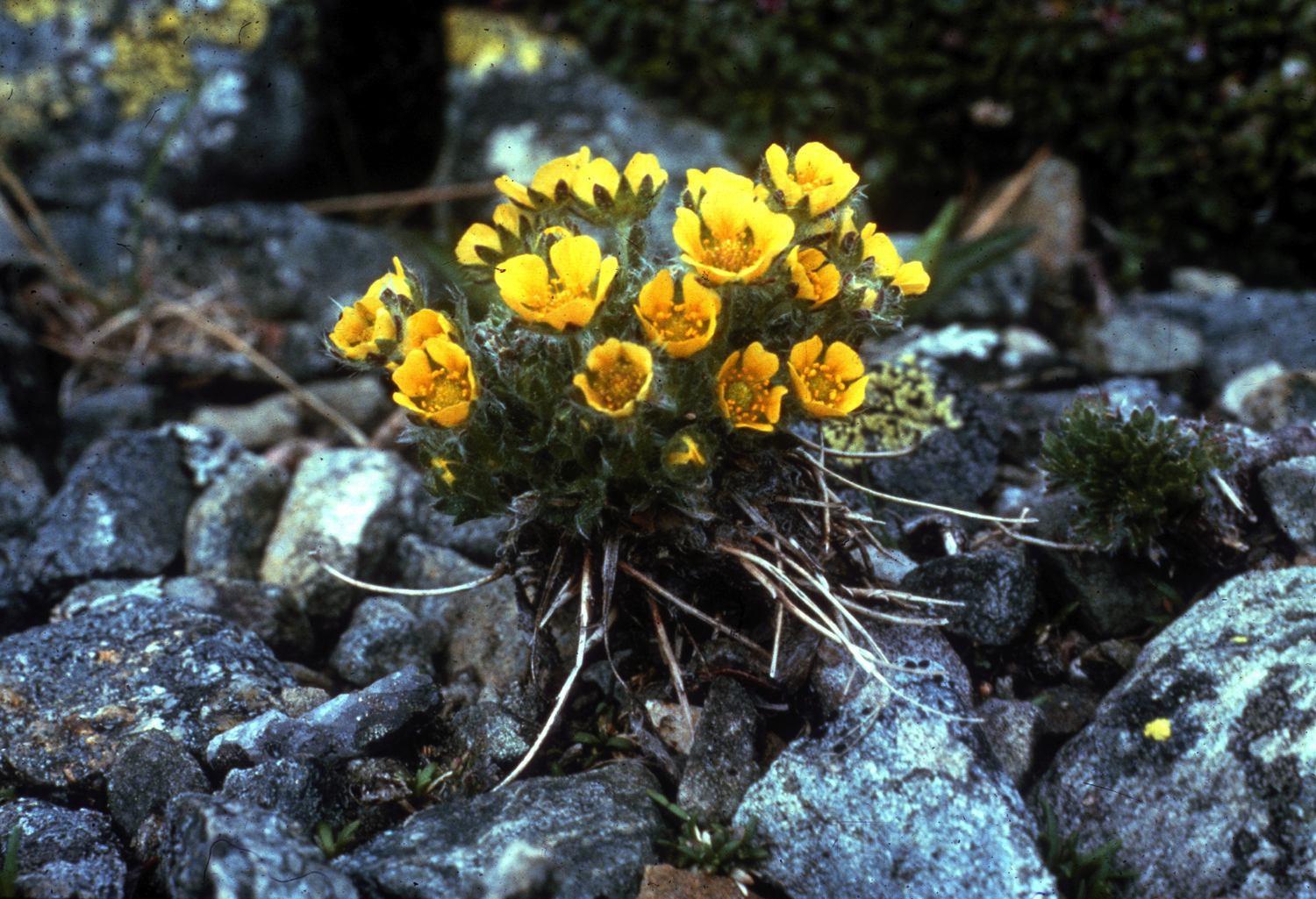 Don’t let them tell you the Endangered Species Act has been a success.

Environmentalists’ knee-jerk reactions to the Trump administration’s regulatory  changes under the 1973 Endangered Species Act (ESA) were as predictable as they were misguided. Environmentalists claimed the changes violate the law and gut protections—leaving vulnerable species otherwise on the road to recovery at risk of annihilation. Sadly, the mainstream media, which seems to treat as revealed truth every study, press release, pronouncement, and tweet from environmentalists, especially if it’s critical of the Trump administration, parroted these claims.

Based on environmentalists’ and the press’s reactions, you would think the ESA had a glowing track record of success in bringing species back from the brink of extinction, but nothing could be further from the truth. Actually, the ESA has been a costly fiasco.

Since 1973, more than 2,470 species of plants and animals have been listed as “endangered” or “threatened” under the ESA. Federal, state, and local governments, as well as private individuals, have spent billions to help those species recover. People have been forbidden to build homes or businesses on their own land, told they must stop farming or logging, and road and hospital construction has been halted or delayed. Yet for all this effort, just 85 species have been removed from the Endangered Species List, representing only 3.4 percent of all species ever listed.

And a majority of the species removed from the list were taken off for reasons other than successful protection. Eighteen species had been improperly placed on it in the first place, due to data errors (18 species); 22 were foreign species given no protection by the ESA; 13 were recovered due to other laws or regulations, such as the banning of DDT; and, worst of all, 10 species were delisted because they became extinct while on the list, or were already extinct at the time they were listed.

In more than 46 years of existence, at best, the ESA is responsible for helping 16 species to recover—though it’s questionable whether the recovery of those species, which are mostly plants, is actually due to the ESA, since they existed almost entirely on federal land and were thus already protected. If the ESA were a school, it would have the worst graduation rate in history!

Although the ESA has almost entirely failed to recover species, it has been spectacularly successful in violating people’s property rights, in the process depriving many of them of their hopes and dreams. Simultaneously, ESA has harmed the very species it was intended to save.

For instance, in 2012 construction on a $15.1 million underpass in Texas was brought to a screeching halt when workers came across a single “bracken bat cave mesh weaver,” a blind, translucent spider that was thought to be extinct. There was just one big problem: The spider was so similar to another blind spider in the region that in order to confirm its identity, researchers killed it. In doing so, they may have killed the last remaining bracken bat cave mesh weaver in existence. Since that time, no other member of the species has been identified, and construction on the project was delayed for three years.

After the red-cockaded woodpecker was listed as endangered, many landowners in the Southeast began clearcutting their long-leaf pine trees, which is key habitat for the woodpecker. Why? They feared losing their property rights after watching their neighbors, in whose trees woodpeckers had established homes, lose their right to manage their property. Property values declined wherever woodpeckers appeared, and logging was undertaken at a feverish pace to avoid the woodpecker taking up residence on people’s land.

Since 2014, landowners in Thurston County, Washington, have had their ability to develop their property severely restricted due to the discovery of three subspecies of the Mazama pocket gopher, which has been twice listed as threatened under the ESA. To avoid being sued by the federal government, Thurston County now requires landowners who want to build on their property to determine whether their soils are suitable gopher habitat.

From a regulatory perspective, this policy eliminated the significant difference between the two categories written into the law. In the process, it unjustly restricted property use even when the species purportedly being protected by the restrictions wasn’t t endangered. The restrictions meant resources were diverted from protecting species at near-term risk of extirpation to issuing regulations and enforcing restrictions for species not currently at risk of decline or extinction. It’s long past time the government corrected this ineffective, unfair policy.

A second reform revises how critical habitat for species recovery is designated. This reinstates a requirement that officials review areas currently occupied by an endangered species before reviewing uninhabited areas that might harbor endangered species in the future. The Obama administration had changed the habitat rule to impose equally stringent restrictions on potential habitats as well as occupied habitats. Specifically, the new rule states, “The Secretary will designate as critical habitat . . . specific areas outside the geographical area occupied by the species only upon a determination that such areas are essential for the conservation of the species … [and] there is a reasonable certainty both that the area will contribute to the conservation of the species and that the area contains one or more of those physical or biological features essential to the conservation of the species” [emphasis added]. The second provision clarifies, in accordance with a Supreme Court ruling, any area declared critical habitat actually be viable habitat.

The case of the dusky gopher frog highlights the need for this reform. In 2001, the U.S. Fish and Wildlife Service (FWS) listed the dusky gopher frog as endangered. At the time, only 100 adult frogs were known to exist in the wild, all in Mississippi. In 2011, FWS designated 6,477 acres stretching across Louisiana and Mississippi as “critical habitat” for the frog, empowering it to limit the uses of the land to help the species recover.

While this might on the surface seem within the intended purpose of ESA, there is a unique hitch in this case: The frog does not exist on the 1,544 acres of private land in Louisiana, has not existed there since 1965, and in its current condition, the land is not suitable for the frog’s habitation or survival. In other words, there ain’t no frogs there, and they can’t live there unless the landowners make costly changes to the land to make it suitable for the frogs.

FWS tried to extort the landowners into making a portion of their property suitable frog habitat, saying it would allow the property owners to develop 40 percent of their property if they undertook changes to alter the remaining 60 percent to make it suitable habitat for the frog. FWS estimated the required changes would cost the landowners $20.4 million. FWS said it would also allow owners to leave property in its current state, but by doing so, FWS would not allow any development, costing landowners $33.9 million in lost value. The mafia could provide no better an example of strong arm tactics!

Inexplicably, by a vote of eight to six, the U.S. Court of Appeals for the Fifth Circuit allowed FWS’ critical habitat designation to stand. As Fifth Circuit Judge Priscilla Owen noted in her dissenting opinion, FWS’ action was “unprecedented and sweeping” … “[It] re-writes the Endangered Species Act.”

Let’s be clear: The dusky frog is not in commerce, much less interstate commerce, so the federal government should not have jurisdiction over the frog or the property/habitat in question in the first place. Perhaps more importantly to the general public is the fact that if FWS’ habitat designation is allowed to stand, no person’s property is safe from being declared critical habitat for some endangered species; the government could force each and every one of us to expend resources to make our properties suitable for one “endangered” species or another.

Sound farfetched? Consider this: There are currently more than 1,650 species listed as endangered in the United States—with listings in all 50 states and the District of Columbia—but less than half, only 742 of them, have had critical habitat designated for their recovery. In addition, FWS has hundreds of ESA listing decisions pending, each of which, under the terms of the law, would require the designation of critical habitat. And for those species without critical habitat, before the Trump administration’s reforms, FWS had threatened that future designations “will likely increasingly use the authority to designate specific areas outside the geographical area occupied by the species at the time of listing.”

The Trump administration’s regulatory changes should prevent similar efforts, which violate the Constitution’s Fifth Amendment protections against uncompensated takings. If government wants to take a person’s land to expand a viable habitat, the landowner should be justly compensated. The same principle applies when government confiscates someone’s land for a military base, a road, or a school.

DOI’s rule changes don’t gut the ESA and won’t lead to the demise of any endangered (or threatened) species. However, the changes will help ESA operate more efficiently and lawfully.

Although the Trump administration’s actions are legal and eminently reasonable, they still don’t get at the root of the problem of the ESA. The true cost of the ESA should be measured in houses, homeless shelters, and hospitals not built or significantly delayed; medical and technological discoveries not advanced; funds not available for education, crime control, health, or environmental matters; and in “protected” species lost or still on the list and declining.

ESA fails to protect species because it creates perverse incentives to destroy species and their habitat. More than 75 percent of the listed species depend on private land for all or part of their habitat. Yet if people provide suitable habitat for an endangered species, their land becomes subject to severe regulation and possible confiscation.

Property owners are faced with three undesirable options: kill an endangered species member—“shoot, shovel, and shut up”—destroy habitat before a species moves in, or lose the use and value of their land. Clinging to this approach condemns the very species ESA was passed to protect.