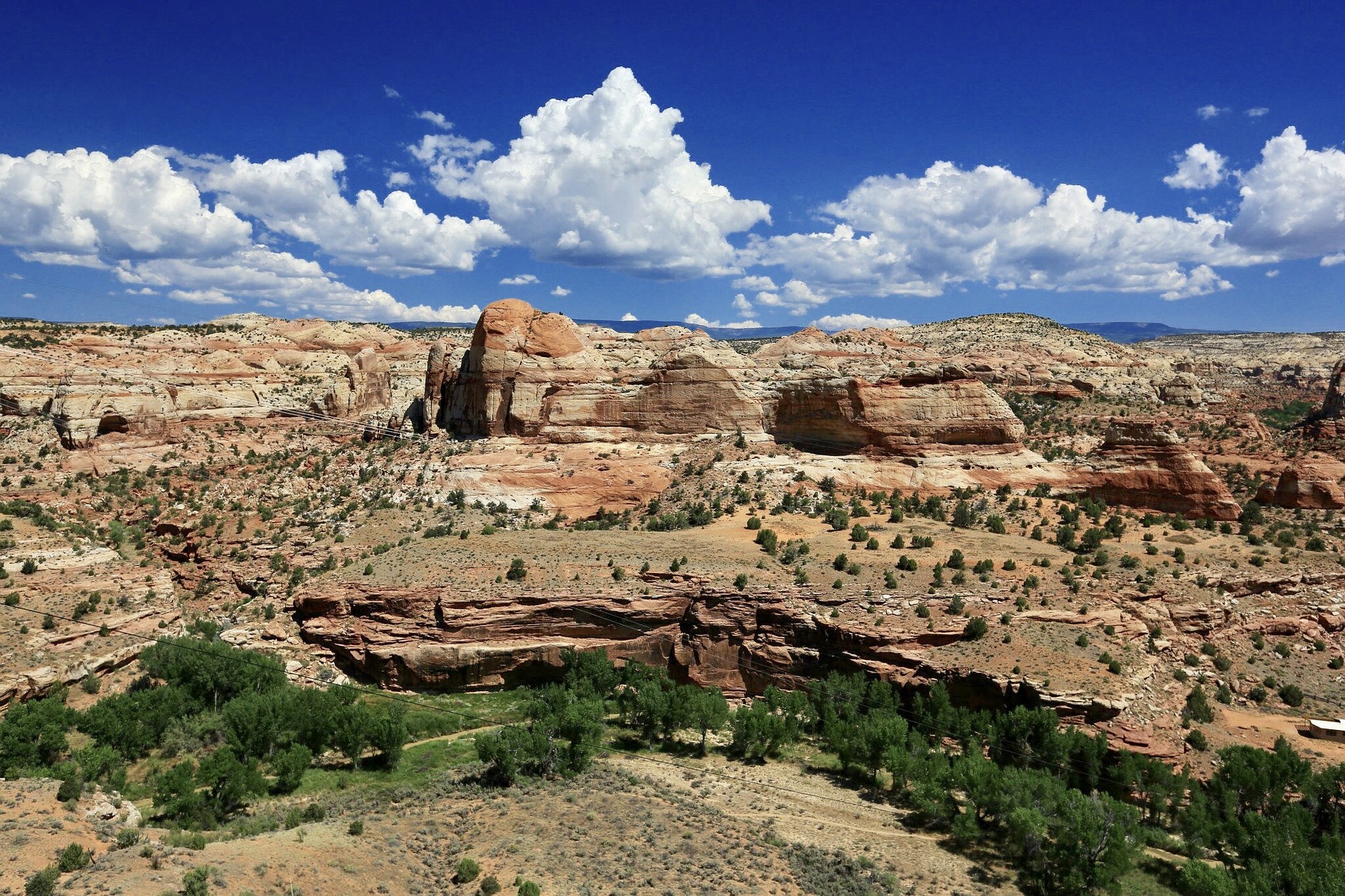 As part of his program to remove the government’s boot-heel off the neck of state governments and American workers and businesses, candidate Donald Trump promised to review and, where appropriate, reverse where he felt it was justified, national monuments declared not just by Obama but going back two decades. As I discussed here, using the Antiquities Act has been a favorite technique of many presidents to satisfy pressures from environmentally powerful constituents

Within months of taking office, Trump issued an executive order directing then-Interior Department secretary Ryan Zinke to review all presidential monument designations or expansions of more than 100,000 acres since January 1, 1996, to ensure they were limited strictly to the smallest area necessary to care for the objects or features to be protected. At the time, Trump called the size and number of national monuments created by Obama “an egregious abuse of power.

Going back to January 1, 1996, was not coincidental. At that time President Bill Clinton created the 1,880,461-acre Grand Staircase Escalante National Monument, in Utah, also against the state’s entire congressional delegation’s wishes. The Grand Staircase declaration was as controversial in its time as the 2016 Bears Ears designation by Obama.

By September 2017, Zinke recommended the president shrink the size and/or modify the management of at least 10 national monuments. In particular, Zinke recommended reducing the size of Bears Ears and Grand Staircase-Escalante national monuments in Utah, Nevada’s Gold Butte, and Oregon’s Cascade-Siskiyou. He also recommended shrinking two marine monuments in the Pacific Ocean and amending the proclamations for 10 monuments to allow for various commercial activities previously allowed in these areas but now restricted.

On December 5, 2017, Trump reduced the size of the Grand Staircase-Escalante Monument by approximately 800,000 acres, to just over 1 million  acres, and shrunk the Bears Ears National Monument from 1.35 million acres to 201,876 acres. Surrounded by Utah’s entire congressional delegation, Gov. Gary Herbert, most of the state’s legislature, and Zinke at a December 5, 2017 ceremony in Utah’s capital in Salt Lake City, Trump said his decision to shrink the monument was a matter of being faithful to the letter of the law and of fairness to the people of Utah.

“I’ve spoken with many state and local leaders … who care very much about conserving land and are gravely concerned about this massive federal land grab,” Trump said. “[I]t never should have happened. I am signing this order to end abuses and return control to the people.

“Some people think that the natural resources of Utah should be controlled by a small handful of very distant bureaucrats located in Washington,” Trump continued. “And guess what? They’re wrong!” Trump’s actions were praised by Utah politicians

Then Utah’s senior U.S. senator, Orrin Hatch (R), praised Trump for considering the desires of the state’s residents. “I’m thrilled and grateful to President Trump and Secretary Zinke for giving Utahns a voice in the protection of Utah lands,” Hatch said in statement. “The president’s proclamation represents a balanced solution and a win for everyone on all sides of this issue

“It also represents a new beginning in the way national monuments are designated, paving the way for more local input and taking into account the actual letter and intent of the Antiquities Act, which calls for the ‘smallest area compatible with proper care and management of the objects to be protected,’” Hatch said.

“These designations really protected nothing, since the lands were already owned and managed by the federal government,” said Smith. “The goal of the designations had been to convert multiple-use public lands into de facto national parks and wilderness areas, preventing traditional uses such as recreation, grazing, and any other economic uses of natural resources

“Prior presidents usurped the authority of Congress to designate parks and wildernesses, disenfranchised people in the affected states, and destroyed the economic well-being and tax base of much of rural America in the process,” Smith said. “I hope Trump continues to substantially downsize, or preferably eliminate, other national monuments.”