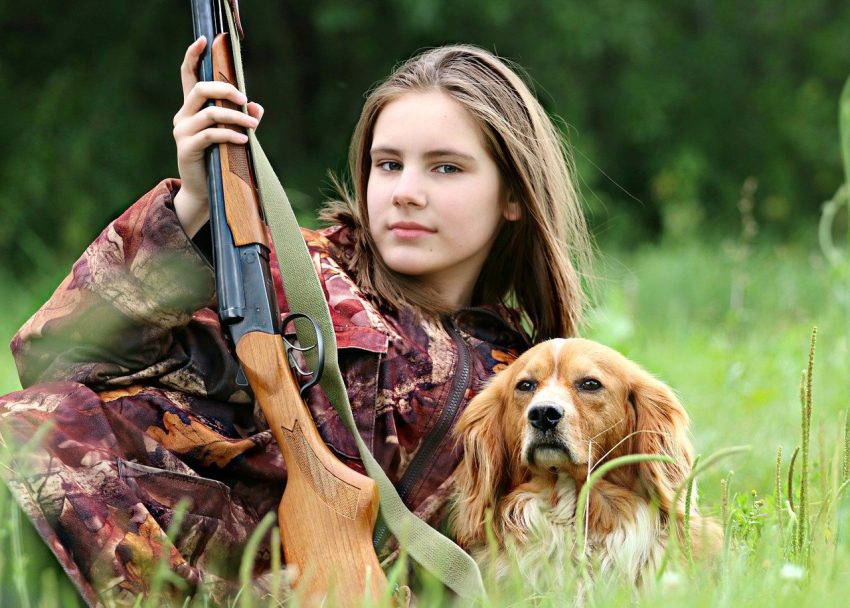 Liberty and Ecology has posted a number of articles discussing hunting as a means of conserving wildlife. Every article acknowledges the vital role the hunting community has historically played in wildlife conservation both in the United States and internationally.

Among these articles is a three-part series by Wallace Kaufman. He argues that hunting is no longer needed to help wildlife flourish. Instead, he argues that non-consumptive outdoor recreation, primarily photo safaris, provides more resources for conservation. In particular, Kaufman claims:

“Three strong trends diminish the importance of hunting as a significant or desirable environmental strategy. Those trends are:

Kaufman’s first point concerning the declining number of hunters is 100 percent correct, but as I will argue later, that’s not a reason to diminish or reduce the role of hunting in wildlife conservation. Rather, in light of the realities on the ground, it provides a clarion call for encouraging more youths to take up hunting and embrace the values it instills. These include, along with others, a devotion to wildlife and wild places—as opposed to zoos and drive-through “safari” nature parks, where the interactions with wildlife and the behavior of the wildlife are themselves unnatural

I won’t address Kaufman’s second point at all. To my knowledge he is not a trained psychologist, nor am I, and so he can’t speak to the true “motivation(s)” of hunters. Nor is it germane to the real point at issue, to wit, whether wildlife will not just survive but flourish in the future if hunting—and its most passionate advocates, hunters—cease to be.

Concerning his third point, in all but perhaps a narrow range of circumstances and locations, it is doubtful whether other measures to benefit wildlife—Kaufman discusses photo-tourism in particular—provide more resources to wildlife hunting. And if they do, it is doubtful whether they can do so without resulting in some unintentional, but entirely predictable, environmentally destructive conditions on wild animals and wild places.

In the United States, various federal and state taxes, stamps, and fees, including taxes on firearms and ammunition, continue to provide the vast majority of the funding for federal and state wildlife agencies, public land purchases and maintenance, and wildlife research and conservation efforts. Hunters or pro-hunting organizations lobbied for and pushed legislatures to impose these taxes and fees. In addition, hunters spend millions of dollars on wildlife research and habitat conservation and preservation through private organizations such as Ducks Unlimited, Delta Waterfowl, and numerous other organizations devoted to habitat and wildlife protection. As the number of hunters have declined, their dollars have become even more vital to wildlife protection as non-hunters have by and large not stepped up to replace hunting dollars.

Proposals for general fees or taxes on tents, bicycles, binoculars, and outdoor equipment in general have gone nowhere amid concerted opposition by non-hunting outdoor enthusiasts. At the state level, only two states, Texas and Virginia, have dedicated a portion of the sales taxes paid on outdoor equipment to parks and wildlife conservation. In short, despite declining numbers, hunters still foot most of the bill for wildlife conservation and habitat protection.

More importantly, most wildlife in the United States and elsewhere resides on, migrates through, or depends on private lands for all or part of its sustenance, shelter, and survival for at least large parts of their lives. In the United States it is private landowners, many of whom bought or leased land for hunting, who provide the majority of habitat for wildlife. Denied the ability to hunt, or to allow others to hunt, either for free or for a fee, they could just as easily turn their ranches and farms to other uses—livestock operations, for example, where wildlife could become a hindrance or compete for forage and water, or commercial or residential development.

Private landowners running commercial hunting operations have helped and are helping “exotic” wildlife. This is wildlife imported from foreign countries, often specifically for hunting. Under government “protection” in their native lands, those species have become nearly or entirely extinct. Wildlife ranches today are shipping breeding stock back to some African and Asian countries to help decimated populations of wildlife recover.

Speaking of decimating wildlife populations, in countries that have banned hunting, preferring to rely on non-consumptive eco-tourism instead, wildlife has been decimated. This is why the International Union for the Conservation of Nature officially supports regulated sport hunting. It is also why, as detailed on Liberty and Ecology, Zimbabwe specifically rejected bans on hunting in the nation’s parks, and why Mozambique brought trophy hunting back after briefly limiting it. Eco-tourism just didn’t provide the dedicated dollars and community buy-in to wildlife protection; regulated hunting did. Even if their conservation actions sometimes fall short of their stated aspirations, the leaders of these and other countries embrace sport hunting as critical to wildlife conservation. –

Eco-tourism may generate huge amounts of money for politically connected concessionaires, (often corrupt) government officials, wealthy hotel operators, and the national parks, but it does little or nothing for most people not directly employed by the park industry. Farmers and ranchers who actually provide habitat or live in the habitat of most wildlife in sub-Saharan Africa, for instance, don’t see a dime of the money generated by eco-tourists.

A large landowner would have to develop big infrastructure on his or her land, and accommodate thousands if not tens of thousands of people each year to equal or exceed the revenue generated by a few dozen to a hundred or so hunters (and possibly non-hunting companions) each hunting season. It’s the difference between having to build and sell hundreds of thousands of Kia’s versus a few Lamborghinis. Kia generates more money each year, but it also uses a lot more resources to meet the demands of many more purchasers.

For many small farmers, villages, pastoral peoples and communities, if protecting wildlife doesn’t pay, people kill or drive off wildlife to make way for crops or cattle or other livestock, with which wildlife competes for forage and often scarce water. Thousands of animals are killed either for personal consumption, to satisfy illicit bush meat trade, or to be sold, often on the black market. In addition, dangerous wildlife is slaughtered just to protect lives and property.

Lions and elephants may be good in large national parks for tourists, but outside of those parks, average people need a good reason to live with them. That reason should not be just to avoid death or imprisonment at the hands of the government.—which seems inherently unjust to me. Countries where governments cave into the demands of animal rights activists and ban hunting, seemingly care more about virtue signaling to potential Western eco-tourists than the well-being of their own (often impoverished and politically voiceless) people. Dollars are the best incentive to preserve wildlife, and hunting brings in the most money with the least disruption of traditional lives, lifestyles, and community and property arrangements.

In addition, eco-tourists consume far more resources, per dollar spent, than hunters, to produce funds for conservation. Eco-tourists typically want relatively modern infrastructure, often luxury infrastructure, which not only takes enormous amounts of resources, but it also often results in paving over and de-wilding formerly wild locations. By contrast, the enjoyment many hunters get from their sport often depends upon how wild the places they hunt are, how rustic the accommodations, and how wildly the animals behave.

Photo tourists want to be safely driven through wildlife habitat, and they want wildlife that stands around for the perfect photograph. By contrast, hunters want game to be wary of humans and flee from human presence once detected. Poachers and the relatively few “slob” hunters may want to shoot fish in a barrel, but that’s not true of most hunters. And certainly not true or expected by hunters who spend tens of thousands of dollars often to hunt a single or just a few species. They want the real African safari experience, not canned drive-by point-and-shoot hunting.

And if the millions of dollars generated by eco-tourists don’t actually reach the wildlife, by which I mean being put back into wildlife protection and habitat improvement, maintenance, and expansion, then what’s the point?

A single hunter paid more than $350,000 at auction a few years ago for the right to hunt a single black rhinoceros. Every dollar, except for flights, hotels, incidentals, and meals before and after the hunt, went back into black rhino conservation. It would take a lot of tourists to deliver the same conservation benefits for rhinos if even a small portion of what they spent was specifically devoted to black rhino protection (which it isn’t, as far as I know). Individual hunters routinely pay tens and hundreds of thousands of dollars each year in the United States and abroad, just for the opportunity to hunt specific species of animals. They pay at auction or through outfitters, in addition to government fees, taxes, trophy fees, taxidermy, transport, food and lodging, and other incidentals involved with each hunt. One hundred or two hundred thousand dollars paid at auction for a chance to hunt wild desert big horn sheep in Texas or Mexico pays for a lot of research and/or buys a lot of habitat, in locations where eco-tourists don’t go. Even if outdoor equipment were taxed to pay for conservation, it would take a lot of binoculars and tents sold to equal the amount of dollars devoted to sheep conservation to equal that one permit.

The Limits of Eco-Tourism

As I noted at the outset, Kaufman may be correct that in some places, photo or ecotourism can and perhaps soon will, if it doesn’t already, produce more funding for wildlife conservation than hunting, but not all the world is Africa. Many places wildlife inhabit are indeed wild and  forbidding places with little infrastructure, few other resources than wildlife, and often with relatively little government oversight or presence. Think about where giant species of wild sheep, goats, and antelope roam in the Pamir mountains of Tajikistan, Kyrgyzstan, and Afghanistan, or the Hindu Kush or Karakorum mountains in Pakistan. Not a lot of photo safaris are going on there. No roads or comfy lodges. But hunters spend hundreds of thousands if not millions of dollars each year there, with much of the funding going directly to wildlife and habitat conservation and research.

Or think about the giant brown bears in Alaska and Russia or the polar bears in the Arctic. Very few people take vacations just to see and photograph these species in their natural habitat—so very little funding for brown bear or polar bear research or conservation comes from eco-tourists. Their habitat is hard to get to and it’s rough living, yet each year hundreds of hunters pay tens of thousands of dollars each just for the chance to get those bears, with many leaving empty-handed. Recently, budget cuts threatened polar bear research in the Arctic. In response, the outfitters who guide polar bear hunts established a fund devoted to research on polar bears and other Arctic wildlife. The fee is paid by hunters. The outfitters weren’t forced to do this; they chose to.

In the end, hunters and the industry they support still pay for the lion’s share of on-the-ground conservation and habitat preservation that protect game and non-game animals alike. Until eco-tourists directly pay for wildlife protection with dedicated funding sources, as hunters have for more than a century, those who want to protect wildlife can only hope the number of people who take up hunting will expand. The best source for wildlife survival is an end to the long decline in hunting participation.